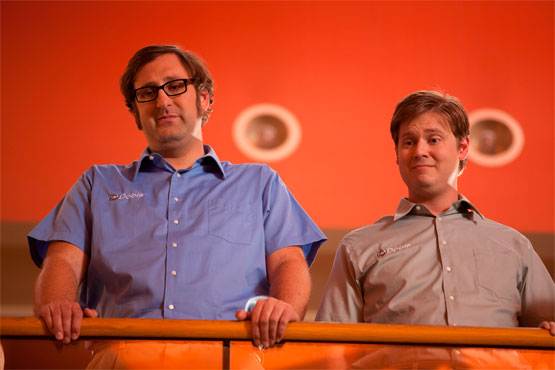 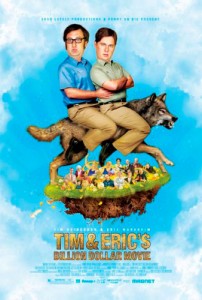 Supporting actors include Zach Galifianakis, Will Ferrell, Jeff Goldblum, John C. Reilly, Erica Durance, and Will Forte, many of whom guest-starred on Awesome Show. It was released to theaters March 2, 2012. This is the second movie based on an Adult Swim show, after Aqua Teen Hunger Force Colon Movie Film for Theaters.

From the twisted minds of cult comedy heroes Tim Heidecker and Eric Wareheim (“Tim and Eric Awesome Show, Great Job”)! Tim and Eric are given a billion dollars to make a movie, but squander every dime… and the sinister Schlaaang corporation is pissed. Their lives at stake, the guys skip town in search of a way to pay the money back. When they happen upon a chance to rehabilitate a bankrupt mall full of vagrants, bizarre stores and a man-eating wolf that stalks the food court, they see dollar signs—a billion of them. Featuring cameos from Awesome Show regulars and some of the biggest names in comedy today!

The movie is rated R for strong crude and sexual content throughout, brief graphic nudity, pervasive language, comic violence and drug use.