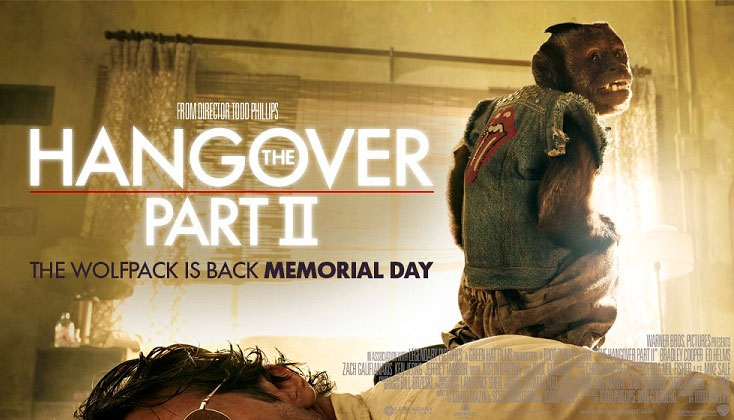 The Hangover: Part II, previously titled The Hangover 2, is a 2011 comedy film and sequel to 2009’s The Hangover. The film stars Bradley Cooper, Ed Helms, Zach Galifianakis, Justin Bartha and Ken Jeong with Todd Phillips directing a script written by himself, Craig Mazin and Scot Armstrong. 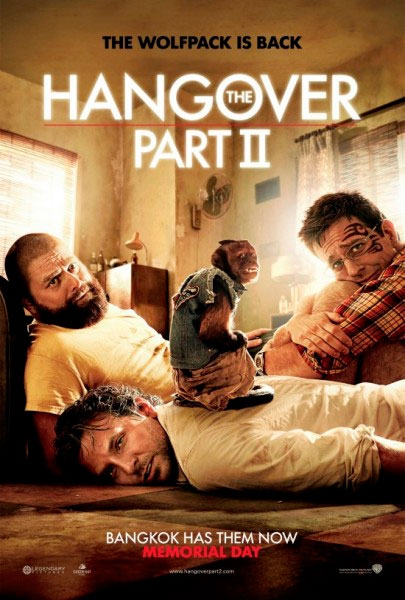 The Hangover Part II principal photography began on October 8, 2010 in Ontario, California with the first images of production being released a few days later.

The film is being produced by Legendary Pictures and distributed by Warner Bros. Pictures. Production began in October 2010 and is scheduled for release in the United States on the May 26, 2011 Memorial Day weekend.

In November 2010 it was reported that Jamie Chung had been cast in the film as Stu’s fiancée as well as it being renamed, The Hangover: Part II. In an interview director Todd Phillips revealed that Mike Tyson would be back in the sequel. Also in November it was reported that Paul Giamatti had joined the cast. The next day it was reported that former U.S. President Bill Clinton filmed a cameo appearance for the film in Bangkok while he was in the city to deliver a speech on clean energy. However Ed Helms clarified that Clinton merely visited the set and would be surprised if he appeared in the film.

In February 2011 it was reported that Christophe Beck would be reteaming with director Todd Phillips to score the film. The project marks the fourth collaboration between Beck and Philips, who also worked together on School for Scoundrels, The Hangover and Due Date.

In April 2011 Variety reported that Liam Neeson’s cameo as a Bangkok tattoo artist had been cut and Nick Cassavetes has been re-cast in the role. While editing, Phillips cut the scene that immediately followed Neeson’s cameo, meaning it no longer had the information necessary to logically get the main characters to the situation in the next scene. Three weeks later, Todd Phillips decided to reshoot the scene, but with Neeson in London filming Wrath of the Titans, the actor was no longer available.

Phillips explaned, “We were in a complete time crunch so I called up Nick and asked if he would do the part. He came in and crushed it and that is the scene that you will ultimately see in the film. [I’m excited for everyone] to see the film. It turned out great“.