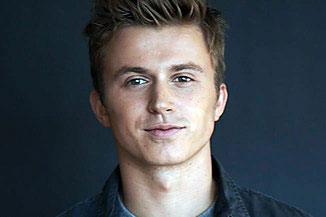 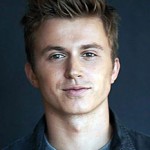 Kenny Wormald (born July 27, 1984) is an American professional dancer an actor. He is best known for his appearances on the MTV network show Dancelife, and his starring role in “Center Stage: Turn It Up”.

Kenny Wormald has been featured as a dancer in music videos with Madonna, Mariah Carey’s “It’s Like That”, JoJo’s “Baby It’s You”, Christina Aguilera’s “Candyman”, Chris Brown’s “Gimme That”, Nelly Furtado’s “Promiscuous Girl”, and Prince And Pussycat Dolls Bottle pop. He has also toured with Justin Timberlake FutureSex/LoveShow in 2007.

Kenny Wormald choreographed a song for Korean group TVXQ, which was released on September 2008. He also appeared in Korean singer BoA’s English debut music video ‘Eat You Up’ (released on October 2008) as a backup dancer and later on in her third English music video ‘Energetic’ (released on August 2009).

Kenny Wormald was featured on an episode of The Drew Carey Show entitled “Family Affair” in 2002. On November 1, 2008 the Oxygen cable network debuted Center Stage: Turn It Up in which Wormald played lead character Tommy Anderson. He dances in the Doll Domination Tour with The Pussycat Dolls. In 2009, he danced in VMA’s Michael Jackson Tribute together with Janet Jackson and others.

On June 22, 2010, Paramount Pictures announced that Kenny Wormald was cast in the lead role of Ren McCormack in the musical adaptation remake of Footloose, after both Zac Efron and Chace Crawford departed the role.