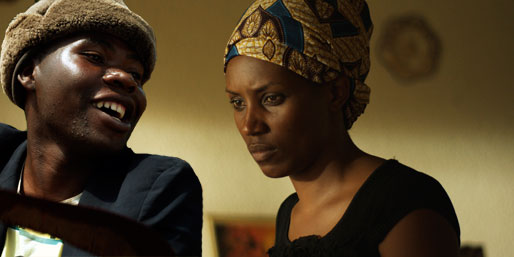 Kinyarwanda is a feature length film spawned from the very real stories of Rwandans who survived the 1994 Genocide, many of whom lost family and friends.  These stories and the research of Executive Producer Ishmael Ntihabose resulted in this very unique way of telling a part of Rwandan history yet unknown to most of the world. 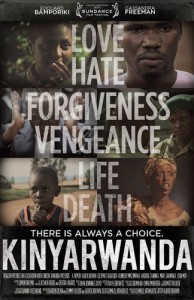 Ishmael’s research focused on the how many Hutu and Tutsi Muslims in Rwanda worked with Christian Hutus and Tutsis to protect and save lives.   While many previous films focused on the politics and death during the genocide, Kinyarwanda is a movie about life, faith, forgiveness, and reconciliation.  However we use the genocide as a backdrop and a context to tell our character’s very personal stories.

As one Rwandan said, “Even during the genocide, life still went on.” My hope is that audiences will come to know Rwandans as ordinary people, individuals, lovers, friends and not merely heroes, villains, victims or perpetrators.

In order to create a film that would be both educational and entertaining the film uses storytelling structure much like popular artistic films like Pulp Fiction, Amores Perros and Crash.  There are a series of short stories that intertwine to create one energetic, engaging, and entertaining 90-minute narrative.

This is a film as much about process as it is about the final product.  As a team we have set out to work with as many Rwandans in front of and behind the camera as possible.  In this vain, most of the Rwandan crew on the film, who had worked on previous films as assistants to assistants headed up their own departments on this film.  In front of the camera, Rwandan actors from previous films are accompanied be a cast of mostly first time actors.   This film is collaboration like no other I have ever experienced.  It changed my life and the lives of our cast and crew and it will change the life of our audience.