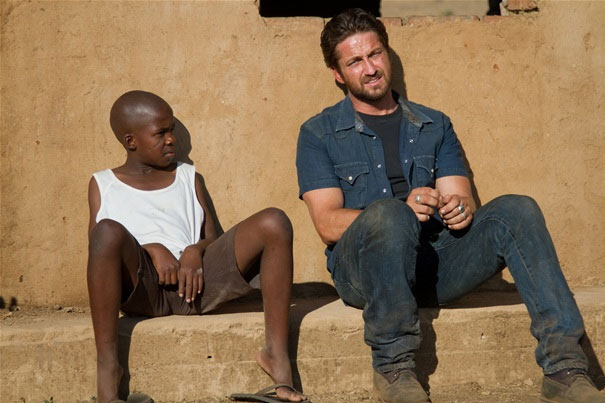 Machine Gun Preacher tells the inspirational true story of Sam Childers, a former drug-dealing criminal who undergoes an astonishing transformation and finds his unexpected calling as the savior of hundreds of kidnapped and orphaned children in war-torn Sudan.

The movie was written by Jason Keller and produces by veteran producer Robbie Brenner. 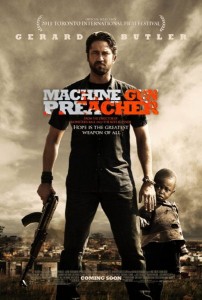 Keller spent most of a year and half learning about Sam Childers before he began to write in earnest. In the meantime, Brenner needed to raise the money to get the project off the ground.

“I knew I didn’t want to make this movie inside the studio system,” she says. “It is so topical and so urgent. With a studio, you can never guarantee that a movie will be made in a timely fashion—or ever. We needed to find somebody to finance the script who was equally passionate about it.”

For the filmmakers, it sometimes felt like they were shooting two separate movies: one in Detroit, which doubled for Childers’ hometown, Central City Pennsylvania; another in South Africa, which stood in for Sudan.

“Sam’s life is divided,” says Forster. “His family is in Pennsylvania and the orphanage is in Africa. In the movie, he essentially abandons his real family for a new family in Sudan. He has a purpose there that he never had in the U.S. I feel these two worlds represent his inner and outer lives and to juxtapose them against each other in the film is really interesting.”