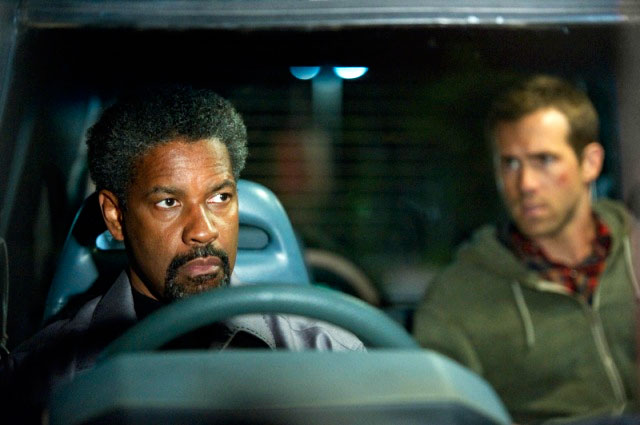 Oscar® winner Denzel Washigton and Ryan Reynolds  star in the action-thriller Safe House. Washington plays the CIA’s most dangerous traitor, who stuns the intelligence community when he surfaces in South Africa. When the safe house to which he’s remanded is attacked by brutal mercenaries, a rookie (Reynolds) is forced to help him escape. As the masterful manipulator toys with his reluctant protégé, the young operative finds his morality tested and idealism shaken. Now, they must stay alive long enough to uncover who wants them dead. 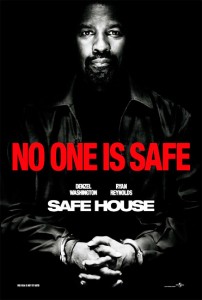 When casting Safe House, Stuber and Espinosa placed importance on avoiding tired tropes. Stuber explains the rationale: “Action without character is boring. The script read well because everything moves at a quick pace. Then, when you sit and get to know these people, there’s a real depth to them. We went after actors who could be in those moments and have the audience feel what these characters are feeling.”

Safe House is directed by the acclaimed writer/director of Snabba Cash, Daniel Espinosa, who filmed on location in South Africa, Paris and Washington, D.C. The actionthriller is written by David Guggenheim, whose spec script for the film became an instant hot property when it landed on the “Black List” of best unproduced scripts in circulation, and produced by Scott Stuber under his Bluegrass Films banner.

Producer Scott Stuber was intrigued by David Guggenheim’s screenplay after only a few pages into the read. Recognizing the find, Stuber preemptively purchased the work months before it made a splash in the industry and landed on the infamous “Black List” of the best unproduced script in circulation. “In this job, you read a lot of material—articles, books and screenplays—and sometimes you see a nugget of an idea that you think could be a movie,” offers Stuber. “What was great about David’s screenplay for SafeHouse is that it read perfectly like a film from the first draft. I saw the movie and the characters, and we were lucky enough to get it.”

Guggenheim’s original script set the action of SafeHouse in Rio de Janeiro, but when filmmakers discussed shifting the setting to South Africa, the writer was happy to oblige. He explains: “It’s such a great opportunity because Cape Town hasn’t been utilized a lot in American movies. Once we relocated the story, we went through the script and matched it to areas in South Africa. The scenes that called for a township, we got to shoot in Langa, which is unbelievable. The scenes in a soccer stadium, we actually filmed in the stadium built for the World Cup, Green Point Stadium.”