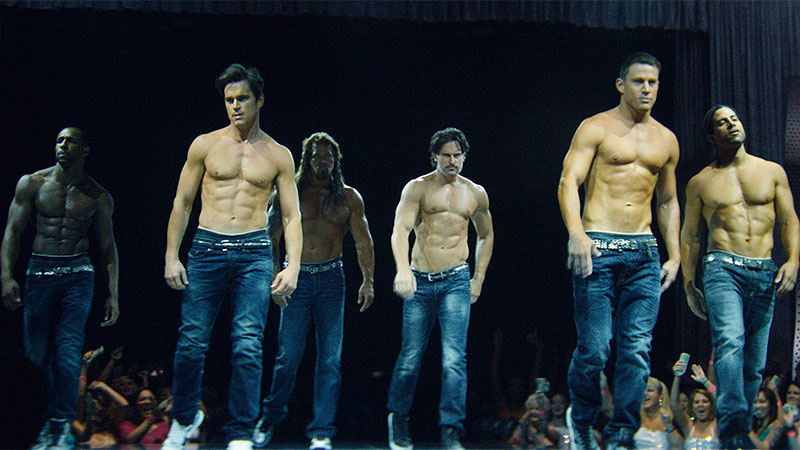 Picking up the story three years after Mike bowed out of the stripper life at the top of his game, “Magic Mike XXL” finds the remaining Kings of Tampa likewise ready to throw in the towel. But they want to do it their way: burning down the house in one last blow-out performance in Myrtle Beach, and with legendary headliner Magic Mike sharing the spotlight with them. 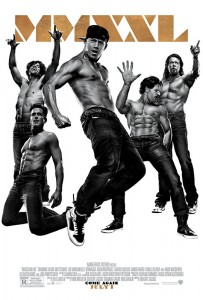 Production designer Howard Cummings used an existing strip club whose owner didn’t want to close during peak hours. So they converted it into the anything-goes Mad Mary’s during the day for rehearsals and shooting, and relinquished it to the locals at night.

Though purely fictional, some of the elements and atmosphere of Mike’s world are inspired by Channing Tatum’s own experiences from his early days as a dancer, and not all of it could be contained in one telling. “One of the things Channing originally brought up was his trip to a stripper convention back in the day,” says screenwriter Reid Carolin, who, along with Nick Wechsler, Jacobs and Tatum, also returns as a producer on the sequel.

Consequently, while showcasing the tight group dynamic, “Magic Mike XXL” also plays up their individual personalities and talents to a greater extent. The cast also got the opportunity to demonstrate their comic timing, as the story takes them from a rowdy reunion in Tampa to some hilariously bumpy but rewarding detours through Savannah on their way to the big event.

Steven Soderbergh, director of the first film and the executive producer of “Magic Mike XXL,” once again fulfilled the dual creative roles of cinematographer and editor.

The filmmakers also amped up the volume with new characters that introduce unexpected challenges and directions. Amber Heard is the elusive Zoe, a photographer who catches Mike’s eye; Andie MacDowell is Nancy, an uninhibited Southern Belle who might have something BDR had given up hope of ever finding; Elizabeth Banks is Paris, who must be convinced to allow them a place on the convention bill; and Jada Pinkett Smith is Rome, a woman from Mike’s past.

“Jada was a revelation,” says director Gregory Jacobs. “We introduced that character but she made it special. And because her Rome is so strong, feminine and smart, you buy the backstory of her with Mike in a huge way. She’s a jolt of electricity when she enters the story in the second act.”

Production began in Savannah, Georgia, and included locations in and around Savannah and Tybee Island, Georgia, as well as Myrtle Beach, South Carolina, for a taut 30-day schedule of principal photography. But preparation began months prior to that, as the principals worked on their stamina, strength, timing and dance moves.

It was vital that the dance routines were not only original, sexy and breathtakingly intense, but integral to the story and the characters. Jacobs affirms, “We wanted the dances to connect thematically to each of the guys and reflect some kind of character development with a big payoff at the end; they couldn’t just be spectacular moments that didn’t relate to anything.”