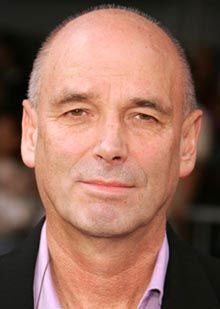 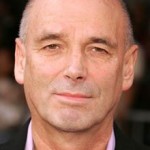 Martin Campbell is considered one of the U.K.’s top directors by the mid 1980s, he directed the highly praised British telefilm

Martin Campbell (born 24 October 1944) is a New Zealand TV and film director. Campbell was born in Hastings, New Zealand.  Born in New Zealand, Campbell moved to London where he began his career as a cameraman.

Martin Campbell went on to produce the controversial British feature Scum, as well as Black Joy, which was selected for competition at the Cannes Film Festival. Campbell made his directorial debut on the British police action series “The Professionals,” and continued with the popular BBC series “Shoestring” and Thames TV’s “Minder.”

Campbell’s first Hollywood movie was Criminal Law and he went on to direct Defenseless and No Escape. Some of his American credits include directing HBO’s “Cast A Deadly Spell” and two episodes of NBC’s “Homicide: Life On The Street,” among others. He also directed the epic romance Beyond Borders starring Angelina Jolie and Clive Owen.

He has directed two James Bond films, 1995’s GoldenEye, starring Pierce Brosnan, and 2006’s Casino Royale, starring Daniel Craig, and was the first Bond director since John Glen to direct more than one film, as well as the oldest director in the series’ history, at the age of 62 (beating the previous record set by Lewis Gilbert, who directed Moonraker at the age of 59). He also directed the two recent Zorro films, The Mask of Zorro (1998) and The Legend of Zorro (2005), both starring Antonio Banderasand Catherine Zeta-Jones.

On television Campbell had overseen some of the more action-oriented episodes from the TV series The Professionals (1977 – 1983), however his best known work is the 1985 BBC Television drama serial Edge of Darkness, for which he won the British Academy Television Award for Best Director in 1986. Campbell has also directed a movie remake of Edge of Darkness, starring Mel Gibson and Ray Winstone, and released in 2010.