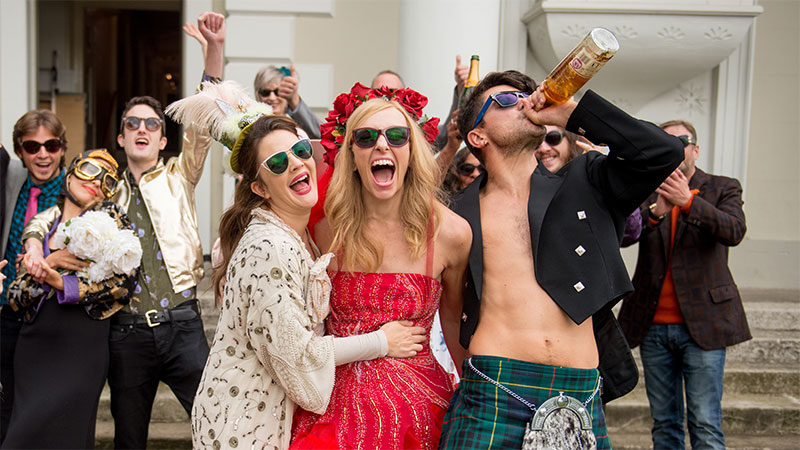 Described by director Catherine Hardwicke as “a story about two best friends who are going on a wild emotional journey together,” Miss You AlreadyY is a comedy-drama, starring Drew Barrymore and Toni Collette as two best friends living in London, tackling the struggles of breast cancer and IVF and how it affects every aspect of their lives. 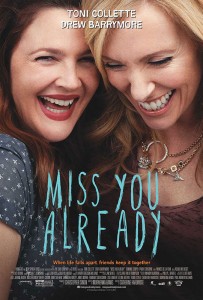 The film is based on Morwenna Banks radio play Goodbye, which was first broadcast on BBC Radio 4. Jennifer Aniston was set to star in the film for the lead role.

The idea of MISS YOU ALREADY has been with writer Morwenna Banks for many years. “It is a work of fiction, but it happened that breast cancer touched my life and the lives of several people around me, within a short frame of time,” she recalls.

Producer Christopher Simon met Catherine Hardwicke 12 years ago at the London Film Festival. “She had directed ‘Thirteen’, which had just come out and was an incredible film. I also fell in love with Catherine. I thought she was an extraordinary filmmaker and I needed to work with her.” After he joined forces with Morwenna Banks, everything fell into place very quickly: “Catherine, Morwenna and myself all worked on the script together, over a very short period of time, really. It happened very fast. We worked in her house in Los Angeles, we table read with some actors and, within a very short amount of time, we were in production.”

Catherine enlisted the talents of cinematographer Elliot Davis, with whom she had previously collaborated on ‘Twilight’, to join the crew. Costume designer Claire Finlay-Thompson had known Morwenna for many years and was delighted to be brought on board to work on the project. Jan Sewell also joined, to take care of the hair and make-up.

“Our casting was great,” explains Catherine Hardwicke, “before I even knew about this project, Toni (Collette) had fallen in love with it, two or three years ago. She can just do anything, she’s fearless and she’ll dive into anything, with 100% commitment.” Toni was cast as Milly and everything clicked from there.

Casting a believable and compelling match for Toni’s character was tough for Catherine, “Who would be such a cool partner to work with Toni Collette? And when we all thought about Drew, she’s this amazing person, kind of the American sweetheart and everybody loves her. We all love her.So we reached out to her and when she read the script, she did feel something for it. So she said “yeah, I’d like to talk to you about it.” Feeling she was right for the part, Toni Collette had also written a letter to Barrymore to urge her to join the project.

Colette recalls, “I knew that she had recently had a baby and probably the last thing that she would want to do is go to work. But I wrote her this letter and I had this feeling that she was so, so right for it. And thank God, Drew decided to do it, because honestly, I think that in this film, even more than any other film that I’ve ever done, the relationship between the actors really, directly, and informs the characters and the story, more than ever. ”

Although he had never played a character like Kit before, Catherine had seen Dominic Cooper in “The History Boys” and “The Devil’s Double” and thought he was an incredible, versatile actor, who she thought would gel well with Milly and her rock N roll spirit.

Described by Catherine as a “beautiful cultural melting pot”, London, where the majority of the movie was based and filmed, was an ongoing inspiration to the director. In direct contrast to the hustle and bustle of London, the film is partially set on the Yorkshire Moors.