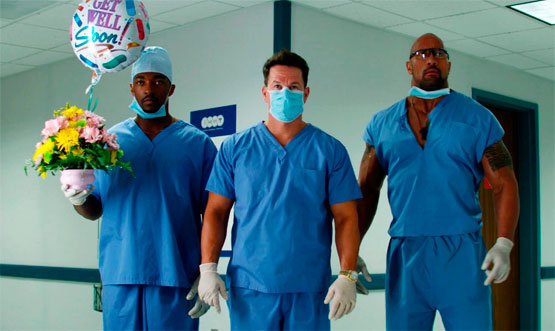 Pain & Gain is an action, comedy, crime film written by Christopher Markus and Stephen McFeely and directed by Michael Bay. The film is based on a 1999 series of Miami New Times articles surrounding the brutal kidnapping, extortion, torture, and murder of several victims by an organized group of criminals that included a number of bodybuilders. 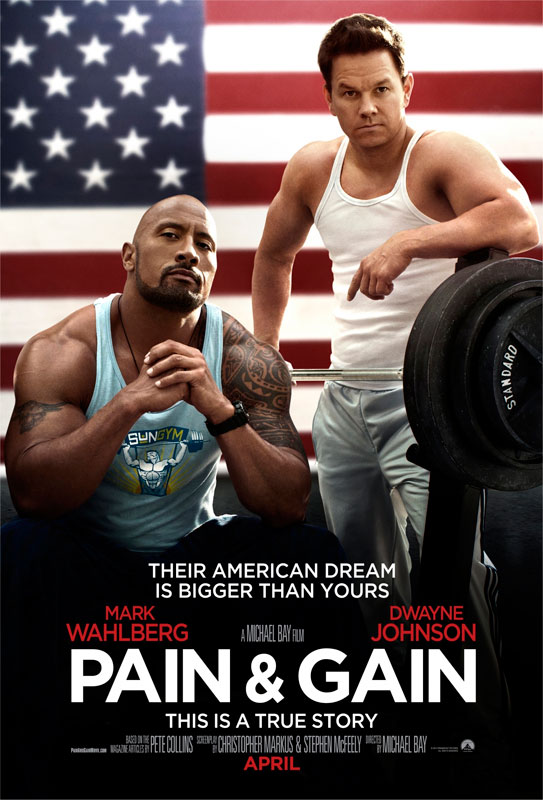 For his role as a body builder, Mark Wahlberg bulked up to 212 pounds for this film.

On February 13, 2012, it was confirmed that the budget for the film would be funded by Paramount Pictures as part of a two-picture deal with Michael Bay and the budget would be $25 million (making it the cheapest Michael Bay film since his first feature, Bad Boys) thanks in part to Bay, Dwayne Johnson and Mark Wahlberg not taking salaries. They are instead signing on in exchange for back ends on the film’s profits.  Bay later confirmed that production would begin in Miami the following April stating.

On February 28, 2012, it was reported that Israeli supermodel Bar Paly and Lebanese-American actor Tony Shalhoub had joined the cast. Bar Paly is cast as “an illegal immigrant and former beauty queen who dreams of becoming the next Marilyn Monroe. Wahlberg’s character promises to make her a star, and she in turn agrees to do whatever he asks in the service of her new country.”

On March 27, 2012, Rebel Wilson joined the cast as Ramona Eldridge. Principal photography began in Miami on March 31, 2012. On April 4, 2012, Dutch actress Yolanthe Sneijder-Cabau joined the cast for as the girlfriend of Wahlberg’s character. The official trailer for the film was released on December 19, 2012.

The Associated Press published an article interviewing survivors of and those who investigated the Sun Gym gang. Miami-Dade Police Sgt. Felix Jimenez stated that “You are talking about real people. And in this particular case, especially when you’re talking about the murder victims, these were innocent victims.” Zsuzsanna Griga, whose brother and his girlfriend were dismembered by the gang, said she didn’t want the American public to sympathize with the killers. Two members of the “Sun Gym Gang,” Daniel Lugo and Adrian Doorbal, received death sentences in Florida and sit on Florida’s death row.