Diablo Cody’s original screenplay follows the plight of 21-year-old Lamb Mannerheim (Julianne Hough) whose life changed drastically when a tragic accident left her burned, disfigured and doubting her once unshakeable faith in God. Once the golden girl of her small-town Montana church, she was the symbol of purity for its congregation and a source of pride for her parents, Melanie (Holly Hunter) and Doug (Nick Offerman). 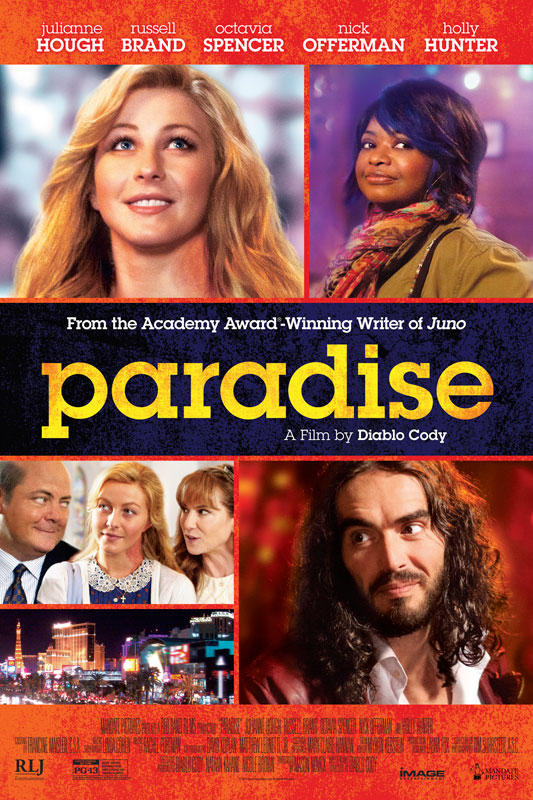 Shooting in Las Vegas was an unexpected bonus for Julianne Hough, who, as a teenager, had lived briefly with her mother in the city.

“I was interested in writing a story about the traumas that people endure and how they are changed by them,” said screenwriter Diablo Cody, who makes her feature film directorial debut with this comedy. “But in the end, you are still the same person at your core. I wanted to make it about a young woman—as I tend to gravitate towards stories about women—who is raised in a very specific way in a religious community and whose accident forces her to reassess everything she’s learned.”

Although initially from Chicago, Cody had relocated to Minnesota when she started to write online about her experiences as a young woman working in Minneapolis. Her blogs caught the eye of Los Angeles-based film producer Mason Novick, who encouraged her to begin writing for the screen. Her initial script for Juno, which Mandate Pictures co-financed and produced, went on to win the Academy Award® for Best Original Screenplay in 2007.

For Diablo Cody, watching directors closely paid off once she took over her own director’s chair. “I had the privilege of working alongside a lot of really talented directors the last few years,” said Cody. “I realize now that it was the best possible film school I could have had.”

It was Nathan Kahane who actually suggested actress Julianne Hough to Diablo Cody once the script was completed and production was given the green-light. “The instant I heard her name, I said ‘that’s it!’” recalled Cody. Producer Mason Novick was likewise impressed. “Julianne wanted to live this character and become her. Anytime you get an actress who is as committed and talented as Julianne, you’re going to get an amazing performance.”

Casting the part of the bartender William turned out to be a surprise, given that the role had initially been written as an American but wound up going to the very British performer Russell Brand.

Director Diablo Cody turned her attention to casting for Loray and William once Lamb was in the fold. Right away, Octavia Spencer caught the filmmaker’s eye long before she had won the Academy Award® for Best Supporting Actress in The Help.