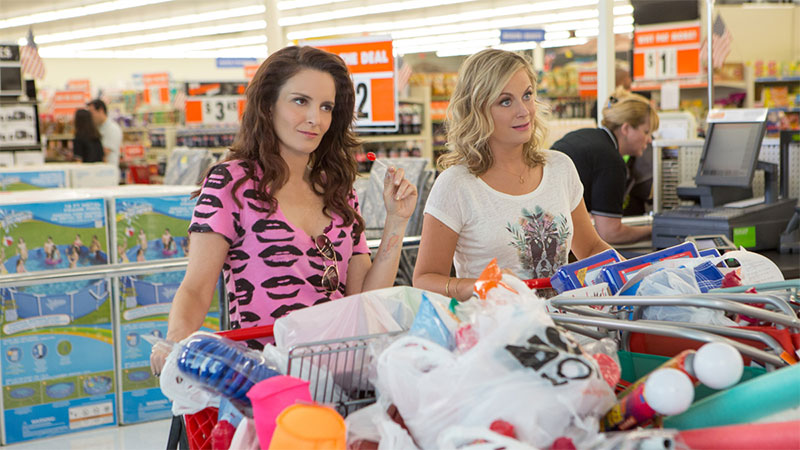 Sisters is about two disconnected siblings summoned home to clean out their childhood bedroom before their parents sell the family house. Looking to recapture their glory days, they throw one final high-school-style party for their classmates, which turns into the cathartic rager that a bunch of ground-down adults really need. 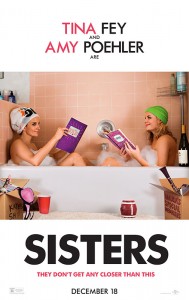 The decline of the house set, which was so lovely and impressive to behold when the cast and crew first arrived at the stage, became visceral. When production moved from the practical locations to the stage, Hoover’s work was so real that it seemed you could move into the house. Poehler and Fey felt so at home that they would occasionally take a nap in the Ellis girls’ bedroom, one adorned with authentic teen memorabilia—everything from records to instruments, trophies, and ’80s movie and music posters. Luckily, the stars contributed suggestions for the contents of the room. For example, Poehler suggested an Out of Africa poster, as she recalls being obsessed with the film as a teen.

Over the years, writer Paula Pell has shared portions of her 13-year-old diary from her Florida childhood with those she is close to, including her agent, Michelle Bohan, and friends at SNL. Pell credits Bohan as the confidant who urged her to explore seeing the diary as source material: “I decided to try to do something with that journal down the road. I was thinking of doing a little Broadway show, and then Michelle—to whom I’ll always be grateful—looked at me in a meeting and said: ‘I think those  two girls are your movie.’”

From there, Pell met with Tina Fey, a longtime friend and collaborator on both SNL and 30 Rock. Fey recalls laughing at the journals during their days together on set: “I met Paula in 1997, when I first started as a writer for Saturday Night Live, and she had been there since ’95. I had the pleasure of seeing her diaries years ago as a wonderful found object that she brought around the office. They are stunning. Paula’s very artistic. There are great drawings in them; and also, just where she was in eighth, ninth and 10th grade is so heartwarmingly nerdy and so sweet…as is her obsession with Sylvester Stallone and Rocky.”

Early in the film’s development, filmmaker Jason Moore was given a photocopy of the entire set of Pell’s
journals. The director offers: “One day, I sat down to read them and was amazed. But, she also has keen observations about her insecurities and what’s wrong with the world. All that, and she’s clearly a caretaker.” The director found himself taking a trip down a
memory lane of his own. He continues: “The journals are the root of how the movie got started, because they are a literal reminder of how adolescence brings on so many different feelings, and your perceptions of the world are formed by your interactions in high school. They were the key to the movie when we began, and they remain the core part of the movie now.”

During Sisters’ development, another real-life event influenced the story. Pell states: “My partner’s mom was selling the house that had been her childhood home, and it made me think, ‘What if my parents sold the home that we grew up in?’”

Fey was on board as a producer and collaboratorwith Pell long before she considered acting in the comedy; but when she did decide she might take on the role of one of the sisters, Fey knew which one she wanted to be…and it was the one who lives out loud. She says: “I’d been planning to produce
this screenplay Paula wrote for a long time, not knowing if I would be in it at all. Once the script started taking shape, I said I’d love to play Kate because I never get to play characters like her: a wild child who’s trying to get on the straight and narrow. It’s like playing someone who was the world’s greatest ice skater…but is now in a wheelchair.”

With Fey agreeing to tackle one of the signature parts, the search for the overly apologetic Maura
began. Fortunately, it didn’t take very long to find the yin to Kate’s yang:  Amy Poehler. For her part, Poehler says the decision to play the overly worrisome owner of a one-eyed bulldog was easy: “Tina had been working on the script with Paula for a long time, and then Jason came aboard. I met Jason and talked to the three of them about it. I jumped at the chance to play Tina’s sister on film, because we serve as chosen sisters for each other. We don’t have sisters in real life, but I’ve known Tina 20 years, and she’s the closest thing I have to one. It was exciting to get the chance to play that on screen.”

For the roles of the Ellis parents, Bucky and Deanna, the group was thrilled to welcome two-time Academy Award® winner Dianne Wiest and the everdashing talent that is James Brolin.

Although the Pell home is in Orlando, it was decided early on that it would be more convenient to shoot Florida in New York. As the script was semiautobiographical, the Florida-ness of it was essential. Led by production designer Richard Hoover, the team found their Orlando in Dix Hills, Long Island, approximately an hour and 20 minutes outside of New York City. Identifying streets that had canopies of trees reminiscent of Florida, the crew was able to cheat by planting palms and other tropical foliage.