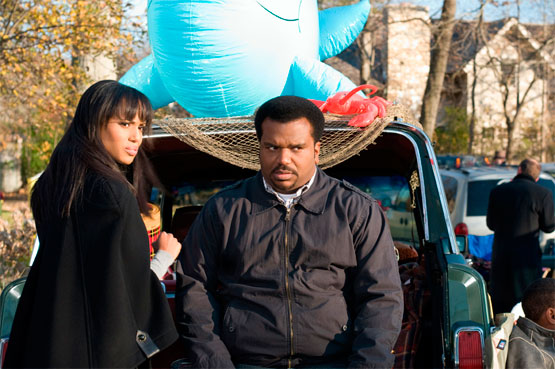 Tyler Perry Presents Peeples focuses on that dreaded, anxiety-filled rite of passage that just about anyone in a long-term relationship has to face: winning over the in-laws.  Lionsgate’s and 34th Street Film’s winning comedy tells the story of Wade Walker and Grace Peeples, a happily cohabitating couple who are deeply in love, except for one catch:  after one year together, Grace still hasn’t introduced Wade to her discerning, upper-crust family. 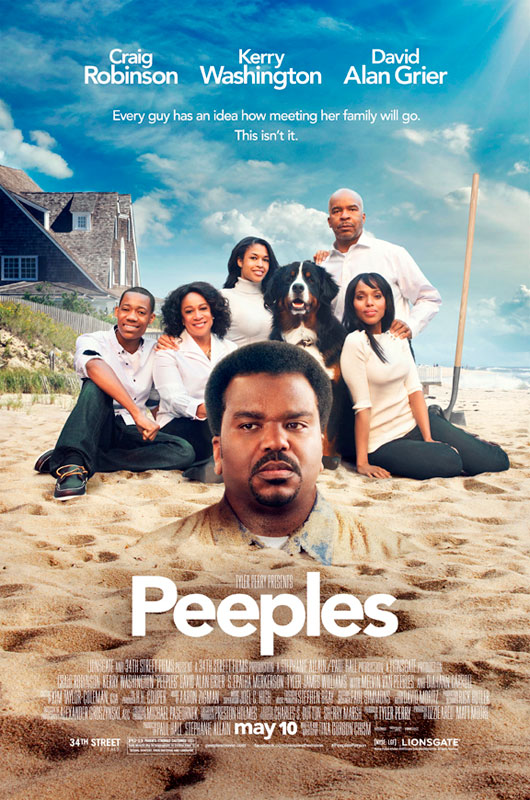 While Peeples is a comedy first and foremost, the film exposes how we hide who we really are out of fear that others won’t love us

Written and directed by Tina Gordon Chism, Peeples marks the latest film from Tyler Perry’s specialty production company, 34th Street Films, which is one of the production companies responsible for the Perry-directed, For Colored Girls. For Tyler Perry, the decision to support Peeples was an easy one.  He was already a fan of Chism’s writing – she wrote the screenplays for the acclaimed features Drumline and ATL – and Chism’s producing partner, Stephanie Allain, had made her name bringing smart films like Hustle and Flow and Something New to the screen.

From her earliest days writing the script, Chism had imagined Kerry Washington in the role of Grace Peeples, even though the highly regarded actress is known primarily for her dramatic work.

Rising comedy star Craig Robinson, effortlessly assumes the role of comic leading man. “Playing Wade has definitively given me some time to play on screen,” says Robinson. “Wade gets to do some silly things, but he’s also very vulnerable in this film and gets to show his tender side.”

Over the course of production, the cast of Peeples developed such a tight bond they became their own family.  Cast members spent as much time together off-set as on, going so far as collectively giving up their trailers in favor of living together in one house.  Says Craig Washington, “This is the most fun I have ever had on a film set.