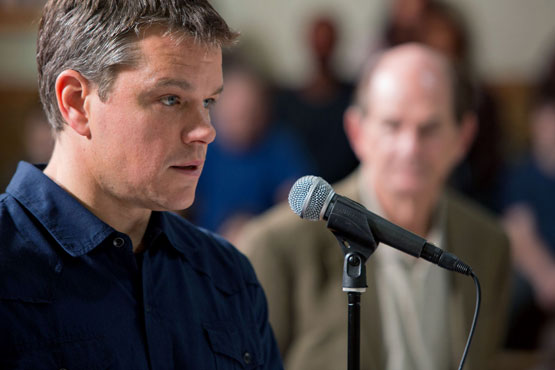 In Promised Land, Matt Damon stars as Steve Butler, a corporate salesman whose journey from farm boy to big-time player takes an unexpected detour when he lands in a small town, where he grapples with a surprising array of both open hearts and closed doors. Gus Van Sant helms the film from an original screenplay written by John Krasinski & Matt Damon, from a story by Dave Eggers. 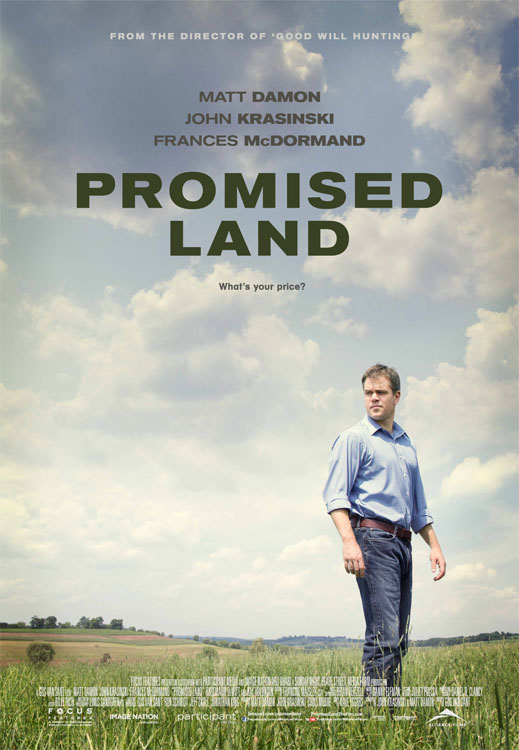 As on previous movies, Van Sant sought to integrate into his cast locals who were not professional actors. On Promised Land, this enhanced the verisimilitude of scenes calling for dozens of community members as well as made for invigorating on-camera interactions with the main actors.

Promised Land is, says actor and screenwriter Matt Damon, “a relatable story with characters we all can recognize as people we know.”

“It’s an emotional story about what happens when real people and real money collide, and the surprising ways people respond when momentous decisions come their way,” comments actor and screenwriter John Krasinski. Producer Chris Moore adds, “Promised Land is a very intimate portrait of some genuine characters, but it also grapples with the big issues we’re all dealing with now: what are our values, what’s important to us, how do we deal with genuine conflicts in our communities?”

Director Gus Van Sant remarks, “America is a big place and we are all part of it, so it’s hard to really get a grasp on our identity sometimes. What I loved about John and Matt’s screenplay is that they tackled big issues but with a lot of humor and humility. It’s a story about real people, with all their foibles as well as their greatness.”

Promised Land keenly distills questions of how American values have evolved. These explorations come in part through a small town’s decisions when a natural gas company seeks to extract gas from shale rock formations through the process known as hydraulic fracturing, or “fracking.”

Matt Damon explains, “The plot follows Steve and Sue as they try to persuade the McKinley community to lease the drilling rights of their farmland to Global Crosspower Solutions, which Steve and Sue work for, and which – valued at $9 billion – is one of the largest energy corporations in the country.

“The townspeople have divergent opinions about whether this is a good thing or not. In a lot of cases, these leases are the only thing keeping a family farm from foreclosure.”

Promised Land was Sandgren’s first collaboration with Van Sant, whom he cites as “an inspiration for me ever since I saw Drugstore Cowboy.” Sandgren conferred with the director well before filming began to work out the desired look of the new movie, which was shot on 35mm film.