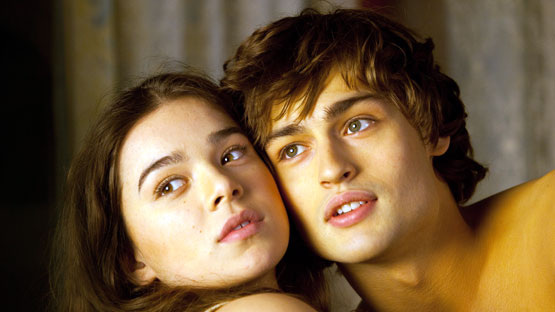 He (Douglas Booth) is impetuous and emotional, ruled by his heart. She (Hailee Steinfeld) is a thoughtful ingénue, new to romance. And they are madly in love. Their parents and kinsmen would disapprove – if they knew. But they cannot – their families are bitter, ancient enemies, and would separate them forever if they had any inkling of the budding passion. 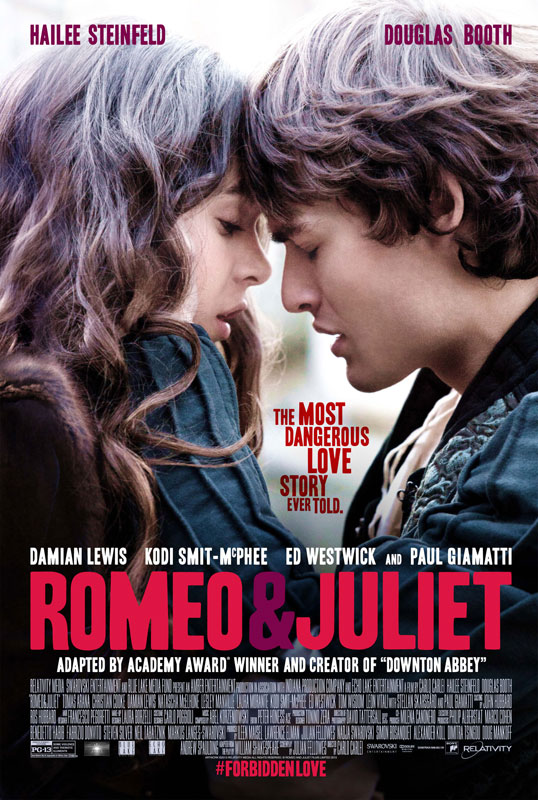 This version of “Romeo and Juliet” began with producer Ileen Maisel, who felt that the current generation had not been exposed to a more traditional, romantic vision of the play and might enjoy sumptuous locations, costumes and production design, along with the timeless tale of young love, deception, intrigue, death and redemption. Maisel wanted someone who could update Shakespeare’s language and story while staying true to its poetic cadence and compelling plot lines. She turned to Julian Fellowes, who, with the acclaimed feature “Gosford Park” and his recent television series “Downton Abbey,” has experience adapting dense, multi-character, period dramas for modern sensibilities. “Ileen thought that modern audiences hadn’t seen a classic presentation of the play on film in a long time,” Fellowes says.

Maisel and Fellowes found a likeminded partner in Swarovski Entertainment, the film division of the venerated luxury brand. Nadja Swarovski, a friend of Fellowes, agreed that the revered story along with the elaborate sets and luxurious costumes Maisel had in mind for “Romeo and Juliet” seemed tailor-made for Swarovski, and she came aboard as executive producer.

The filmmakers turned to Italian filmmaker Carlo Carlei to direct. “I love Carlo,” enthuses Fellowes.  “Ileen and I wanted Carlo to make this movie literally from the first moment we thought of it because he’s a sort of painter with film.”

Casting such iconic roles would be a key challenge for the producers, beginning with the title characters themselves. Landing the part of the lovers were American Hailee Steinfeld and Brit Douglas Booth. A host of admired actors from both sides of the pond soon followed  – talents on the rise as well as established artists, including Ed Westwick as Tybalt, Kodi-Smit McPhee as Benvolio, Paul Giamatti as Friar Laurence, Lesley Manville as The Nurse,  Damian Lewis and Natascha McElhone as Lord and Lady Capulet, and Stellan Skarsgård as Prince of Verona, among others.