Shutter Island is a 2010 American psychological thriller film directed by Martin Scorsese. The film is based on Dennis Lehane’s 2003 novel of the same name. Production started in March 2008. Leonardo DiCaprio stars as U.S. Marshal Edward “Teddy” Daniels, who is investigating a psychiatric facility located on the island named in the title. 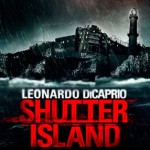 The film was scheduled to be released by Paramount Pictures in the United States and Canada on October 2, 2009. Paramount later announced it was going to push back the release date to February 19, 2010. Reports attribute the pushback to Paramount not having the financing in 2009 to spend the $50 to $60 million necessary to market a big awards pic like this, to DiCaprio’s unavailability to promote the film internationally

Shutter Island was originally slated to be released on October 2, 2009, but Paramount Pictures pushed the release date to February 19, 2010. Paramount head executive Brad Grey blamed the economic downturn as the main factor behind the delayed release date.

Feature film rights to the 2003 novel Shutter Island by Dennis Lehane were first optioned to Columbia Pictures in 2003, but the rights lapsed back to the author. Lehane’s representatives then sold the rights to the production company Phoenix Pictures, who hired screenwriter Laeta Kalogridis to adapt the novel for film. The project was in development for a year. By October 2007, the project had developed into a co-production between the studios Columbia Pictures and Paramount Pictures. Director Martin Scorsese and actor Leonardo DiCaprio, who had worked together on three films, were both attracted to Shutter Island as their next collaboration. Locations in Massachusetts, Connecticut, and Nova Scotia were scouted. Production began on March 6, 2008.

Filming of the World War II flashback scenes for DiCaprio’s character, a former soldier, took place in Taunton, Massachusetts.[9] Scorsese filmed the scenes in old industrial buildings in Taunton’s Whittenton Mills Complex to replicate the Dachau concentration camp, which was seen in flashbacks. Extras portraying the Dachau prisoners were called back to reshoot a scene in July, because the film of one scene was damaged due to an improperly sealed film shipping container.

Scenes were filmed at the old Medfield State Hospital in Medfield, Massachusetts. Scenes in Cawley’s office were shot on the second floor of the chapel during the late evening; lights were shone on the windows to make it look like it was daytime.

The surrounding brick walls in the outside hospital scenes were actually painted plywood which served the dual purpose of acting as scenery and blocking the set from view of a local road. Originally, scenes were going to be shot at the old Worcester State Hospital, but the filming would have gone on during the demolition of the surrounding buildings, which was impractical. Borderland State Park in Sharon, Massachusetts was used for the cabin scene. Peddocks Island was used as a setting for the story’s island and East Point, in Nahant, Massachusetts for the lighthouse scenes. Filming ended on July 2, 2008.