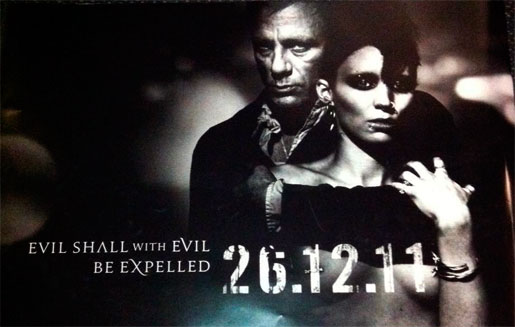 The Girl with the Dragon Tattoo is the first thriller film in Columbia Pictures’ three-picture adaptation of Stieg Larsson’s literary blockbuster The Millennium Trilogy. Directed by David Fincher and starring Daniel Craig as Mikael Blomkvist and Rooney Mara as Lisbeth Salander, the film is based on the first novel in the trilogy, which altogether have sold 50 million copies in 46 countries and become a worldwide phenomenon. 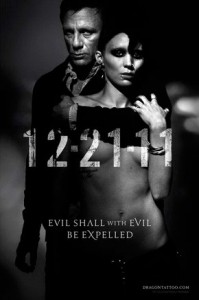 Daniel Craig was cast as Blomkvist in July of 2010 with options to reprise the role in the next two films. In the following August, Rooney Mara was cast as Salander

The screenplay is by Steven Zaillian. Based on the Book by : Stieg Larsson, originally published by Norstedts. The film is scheduled to be released in the United States and Canada on December 21, 2011.

The Girl with the Dragon Tattoo is an English-language $100 million budget film adaptation of the 2005 novel of the same name by Stieg Larsson. The film is the second adaptation, the first being the 2009 Swedish-language film. In early 2010, producer Scott Rudin began developing the project under Columbia Pictures, and by April, David Fincher was attached as director.

Shooting began in Stockholm, Sweden in September 2010. It moved to Zurich, Switzerland in early December 2010, before breaking for Christmas. Production will resume at the Sony Studios and Paramount Studios in Los Angeles, before returning to Sweden in the spring.

In May of 2011, Metro-Goldwyn-Mayer became a co-financier, putting up 20% of the film’s budget, and getting some international TV rights.

On May 28, 2011, a short red band trailer for the film leaked online, but was later taken down by Sony. It featured a cover of Led Zeppelin’s “Immigrant Song” performed by Trent Reznor and Karen O. However, some have speculated that this was part of an elaborate advertising stunt by Sony; as the quality of both sound and picture was just too good to be that of a handycam recording, as well as the trailer bearing the MPAA R-rated red-card exclusive to previews in America, despite supposedly being filmed in an Eastern-European cinema. A very similar green band trailer has since been released by Sony.