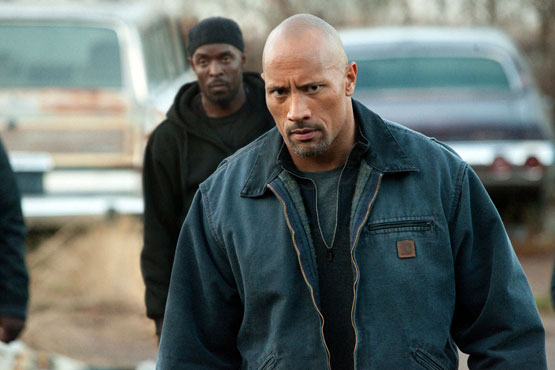 A desperate father tries to save his teenage son from an unjust prison sentence by infiltrating a dangerous drug cartel in Snitch, a ripped‐from‐the headlines action‐adventure from co‐writer and director Ric Roman Waugh (Felon). 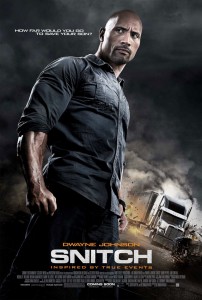 Snitch was filmed on location in Shreveport, Louisiana, chosen both for its generous tax incentives for film production and its relatively neutral terrain. “We were looking for a nonspecific sense of Middle America and the community was very accommodating,” Executive Producer Becki Cross Trujillo explains.

Businessman John Matthews (Dwayne Johnson) is devastated when his 18‐year‐old son Jason (Rafi Gavron) receives a mandatory minimum 10‐year sentence in federal prison when is caught with a package he received from a friend which, unbeknownst to him, contained illicit drugs. When Jason turns down an offer from politically ambitious U.S. Attorney Joanne Keeghan (Susan Sarandon) to reduce his sentence by manufacturing evidence against someone else, John begs Keeghan to let him go undercover instead.

Snitch has all the elements of a full‐blown, edge‐of‐your‐seat action thriller: an iconic hero in star Dwayne Johnson, a riveting script by co‐writer Justin Haythe and co‐writer/director Ric Roman Waugh, and state‐of‐the‐art stunts. But the film, a passion project for its producers at Exclusive Media, also tells a compelling story that addresses a little‐known but deadly consequence of the current war on drugs.

“The script came out of a ‘Frontline’ piece about real cases in our justice system where people were given a choice between becoming informants and going to jail,” says Matt Jackson, Senior Executive Vice President and Head of US Production at Exclusive Media and Producer of Snitch. “Justin Haythe, a really great writer, did the first draft and we developed it over a number of years.”

The filmmakers hope the movie will start a public conversation about reforming mandatory sentencing laws and decriminalizing certain kind of drug offenses. “So many people locked up in prison across this country aren’t distributors or traffickers in any real sense,” says Jackson. “Some are addicts; a lot of them have made mistakes. Mandatory laws don’t always make sense. Drugs have been a huge problem in this country for going on fifty years. This is not what I would call ‘a message movie’ per se, but I think the takeaway is that we really should look at our laws.”

Waugh was determined to surround himself with a great crew and the best actors he could find. For the leading role of John Matthews, he set his sights on Dwayne Johnson. “He was a spectacular choice,” says the director. “I’ve always wanted to work with him. When I signed on to Snitch, he just made the most sense. We could give audiences the action component, but we could also present Dwayne in a performance‐driven role that stretches his muscles and shows that he’s a phenomenal actor.”