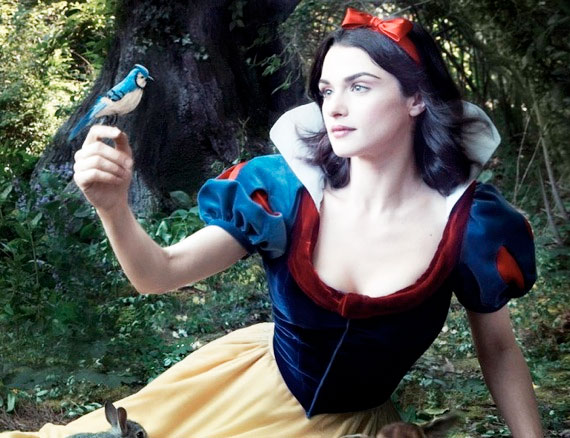 Snow White & the Huntsman is a fantasy adventure film directed by Rupert Sanders and written by Evan Daugherty. The film is slated for release on June 1, 2012 in the United States. 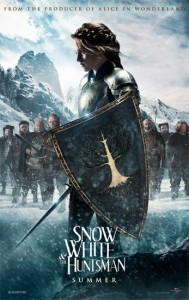 Charlize Theron dropped out from J. Edgar to do Snow White and the Huntsman.

In a kingdom ruled by tyranny, the queen Ravenna (Charlize Theron) learns that her stepdaughter, Snow White (Kristen Stewart), will surpass her as ruler of her kingdom and become the Fairest in the land. However, she is told by the Magic Mirror (Christopher Obi) that if she, Ravenna, consumes Snow White’s heart then she will live forever, but Snow White is able to escape into the Dark Forest. To capture her the Queen recruits a Huntsman, Eric (Chris Hemsworth), to retrieve Snow White. However, the Huntsman takes pity on the girl and instead of killing her brings her under his wing and with his help Snow White begins to learn the art of war. She starts a rebellion to bring down Ravenna with the aid of seven dwarves and Prince William (Sam Claflin), who has been in love with Snow White for many years.

Film producers considered casting a less well-known actress for the role of Snow White, with mention of Riley Keough, Felicity Jones, Bella Heathcote and Alicia Vikander as possible picks. This idea became less likely as actresses Kristen Stewart and Dakota Fanning were later rumored to be shortlisted for the role.

On March 4, 2011, the casting rumors were fueled even more by a series of tweets from co-producer Palak Patel that confirmed that Kristen Stewart was offered the role of Snow White. The tweets also stated that an official confirmation would be coming out later that week, but it would be several weeks before her casting was officially confirmed by the studio.