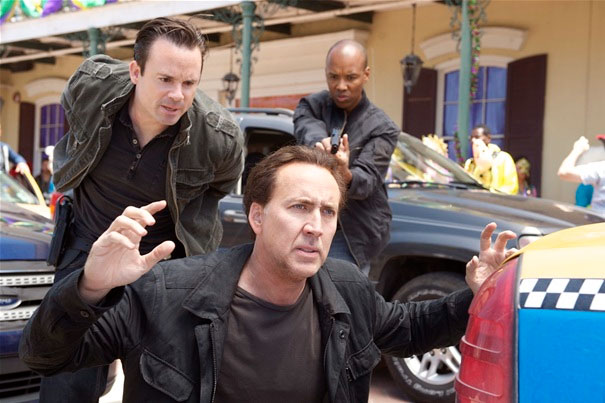 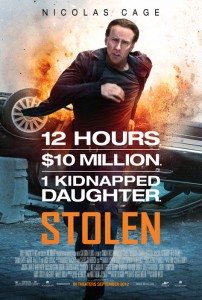 Producer Rene Besson states, “The most important thing in a thriller is its villain. And we searched long and hard for a capable, intelligent cold hearted villain and we found that in Josh Lucas. And I think everybody is going to be immensely surprised at what he’s able to do in this film.”

Director Simon West declares, “This film is technically a heist movie, actually a relationship movie, and it’s really about the characters and how they interact: Even though it’s got all the pyrotechnics and the roller coaster ride of an action movie.”

Executive Producer Kristina Dubin proposes, “I think that Simon had a vision with the film from the very beginning…If you look at all his productions there’s always a good sense of humor and his actors interact so beautifully and there’s chemistry.”

Producer Rene Besson proclaims, “Most heist films are caught up with the complex dynamics of plot, and they’re obsessed with twists and turns and betrayals and double crosses.  What this film has that most heist films don’t have is heart.  Because in a world where there was a master thief who was cold, calculating and manipulative, and everything was planned out and he knew how to pull off the perfect heist; what happens when that’s completely set off kilter because the objective is to save the one thing in this world that he actually feels something for…his daughter?”

The story follows Will Montgomery (Nicolas Cage), a master thief who has been sent to prison for 8 years after being double-crossed in a heist gone awry.

Upon his release, he’s ready to leave his criminal past behind and rebuild his relationship with estranged daughter, Alison Loeb (Gayle).

Montgomery’s former criminal cohorts and FBI agent Tim Harlend (Huston), are all convinced that the loot, totaling $10 Million dollars worth of bonds, was hidden away by Montgomery before he was sentenced.

In order to get his hands on it, former partner in crime, Vincent (Lucas), kidnaps Alison and demands the loot as ransom; keeping her in a soundproofed trunk of a taxi cab on Mardi Gras day where she is nearly impossible to be discovered.