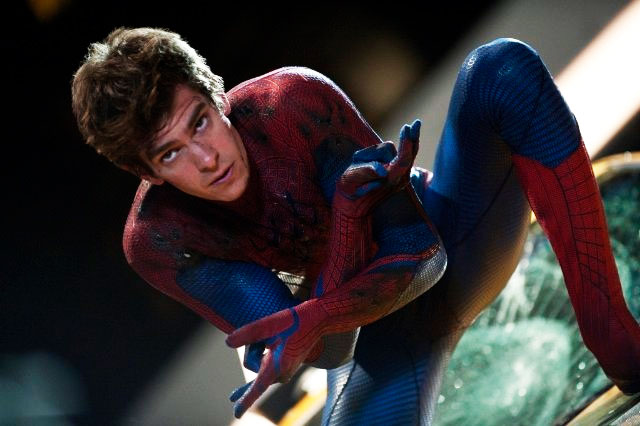 The Amazing Spider-Man is an American superhero film directed by Marc Webb, based on the comic book of the same name and starring Andrew Garfield as the Marvel Comics character Spider-Man. It is the fourth Columbia Pictures film that portrays Spider-Man in film and is a reboot of the film series that stars the superhero. The cast includes Garfield as Peter Parker and his alter ego, Emma Stone as Gwen Stacy and Rhys Ifans as Dr. Curt Connors. The film portrays Parker as his super powers are evolving in high school. 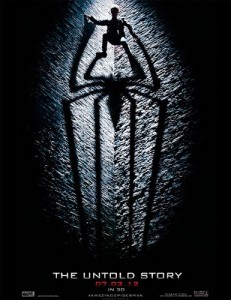 The studio plans to produce a sequel to The Amazing Spider-Man for release in 2014. It has hired screenwriter Vanderbilt to write the screenplay.

The film’s development began simultaneously with Sony announcing the cancellation of Spider-Man 4. Opting for a reboot with the same production team rather than another sequel, the studio announced a July 2012 release date for what was now titled The Amazing Spider-Man. James Vanderbilt was hired to write the script while Alvin Sargent and Steve Kloves helped fine-tune the script. Filming started in December 2010 in Los Angeles before moving to New York City with the help of RED Epic camera. The film entered post-production in April 2011.

Sony Entertainment has focused its marketing campaign with a promotional website with released images, 2 theatrical trailers, a prologue screening in certain cities and a video game tie-in being developed by Beenox among other products. The Amazing Spider-Man is scheduled to be released in 3D and IMAX 3D on July 3, 2012. A sequel of the film is being planned for release in 2014 with James Vanderbilt hired to again write the screenplay.

Simultaneous with the cancellation of Spider-Man 4, Sony Pictures Entertainment announced that the franchise would be rebooted with a new director and new cast. The Amazing Spider-Man is scheduled to be released on July 3, 2012 in 3-D and focuses on Peter Parker developing his abilities in high school. Avi Arad, Laura Ziskin and Matt Tolmach, who were always involved with the franchise, continued on as producers of the film. Sony confirmed that Vanderbilt would write the script for the new film. Entertainment Weekly called Vanderbilt’s script “gritty, contemporary” and referenced Batman Begins, Christopher Nolan’s reboot of the Batman film series, which also reinvented the tone of the series. Alvin Sargent was then hired to fine-tune the script.

The film began shooting on December 6, 2010 in Los Angeles. The 90-day film shoot also includes two weeks in New York City, while the bulk of filming occurred in and around Los Angeles, including such locations as the Henry Fonda Theater in Hollywood, St. John Bosco High School’s Gym, Immanuel Presbyterian Church in Mid-Wilshire, and various locations around South Pasadena, San Pedro, and Woodland Hills. Sony Entertainment spokesman Steve Elzer says “this is the fourth Spider-Man production we have shot primarily in Los Angeles and for good reason, the crews here are the best in the world but there is a comfort level in producing a project of this size and scope on your own backlot.” He continued, “Basing the film on the lot also makes it easier for producers to interact with Sony’s in-house visual effects team, and gives the studios greater control of quality and security.”

A “sneak peek screening” of The Amazing Spider-Man was held on February 6, 2012 in 13 cities internationally: Berlin, London, Los Angeles, Madrid, Mexico City, Moscow, New York City, Paris, Rio de Janeiro, Rome, Seoul, Sydney, and Tokyo.[98] On January 8, 2012, the Spider-Man logo has also appeared on some of the world’s most iconic buildings such as the Sydney Opera House, the Colosseum of Rome, the Kremlin in Moscow and the Arc de Triomphe in Paris.

PREMISE
Peter Parker, a teenager who is an outcast from high school and abandoned by his parents when he was young and is now living with his Uncle Ben and Aunt May, spends his days trying to unravel the mystery of his own past and winning the heart of his high school crush, Gwen Stacy. Peter discovers a mysterious briefcase belonging to his dad which leads him to his dad’s former partner, Dr. Connors. The discovery of his father’s secret will ultimately shape his destiny of becoming “Spider-Man” and bring him face to face to Connor’s alter ego, the Lizard.