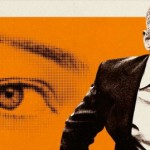 The American received a mixed early response from critics, with the consensus being “As beautifully shot as it is emotionally restrained, The American is an unusually divisive spy thriller — and one that rests on an unusually subdued performance from George Clooney.”

The American is a 2010 drama thriller film directed by Anton Corbijn and starring George Clooney, Thekla Reuten, Irina Björklund, and Paolo Bonacelli. It is an adaptation of the 1990 novel A Very Private Gentleman by Martin Booth. The film premiered on September 1, 2010. A trailer for the film was released on May 3, 2010.

As an assassin, Jack (played by Clooney) is constantly on the move and always alone. After a job in Sweden ends more harshly than expected for this American abroad, Jack retreats to the Italian countryside. He relishes being away from death for a spell as he holes up in a small medieval town. While there, Jack takes an assignment to construct a weapon for a mysterious contact, Mathilde (Thekla Reuten).

Savoring the peaceful quietude he finds in the mountains of Abruzzo, Jack accepts the friendship of local priest Father Benedetto (Paolo Bonacelli) and pursues a torrid liaison with a beautiful woman, Clara (Violante Placido). Jack and Clara’s time together evolves into a romance, one seemingly free of danger. But by stepping out of the shadows, Jack may be tempting fate.

The first official poster was released on June 17 and the second official trailer on June 19, 2010 and was attached to Jonah Hex and Inception.  The film also ran an “undercover” photography contest on deviantART in which participants must “capture the hidden corners and secret nooks” of their neighborhoods and local streets.