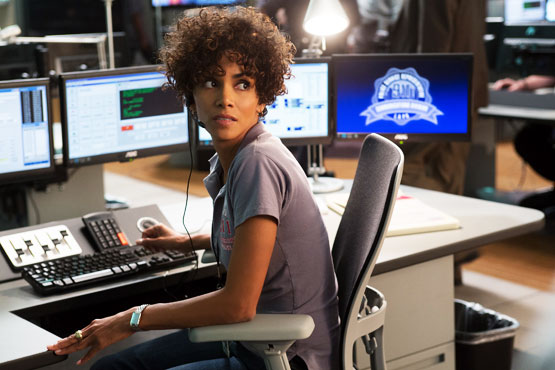 Screenwriter Richard D’Ovidio likes that the excitement of The Call is made more enriching by putting women front and center.

The Call writer Richard D’Ovidio was inspired to write the script after his wife Nicole listened to a news segment on NPR (National Public Radio) about 911 call centers.  Explains D’Ovidio, “I was intrigued by the story and wanted to find out more.   I realized that I have never seen a movie or TV show about call centers.”

Needless to say, when the script fell into the hands of the producing partners at Troika Pictures, eager to find the right movie to launch their company, it was an instant hit. Says producer Robert Stein. His producing partner Michael Helfant quickly recognized the powerful appeal of the story for audiences, as a chance to show 911 operators as heroes.

Finding the right director for The Call was crucial to making the project work as something commercially viable as a nail-biting suspense movie, but authentic as a portrait of the job 911 call centers do, and anchored by great performances. Producer Bradley Gallo says all signs pointed to director Brad Anderson. “Where’s the indie director who gives you the character performances, can handle the dark material, then add a commercial script so he gives you a little different version?”

Producer Robert Stein recalls Michael Helfant’s first words to him about casting the movie. “He said to me, ‘Halle Berry has to star in this movie.’ And you know, Michael was absolutely passionate about Halle being in the movie, and we went and started a two-year odyssey of romancing Halle to get her to come into this movie.”