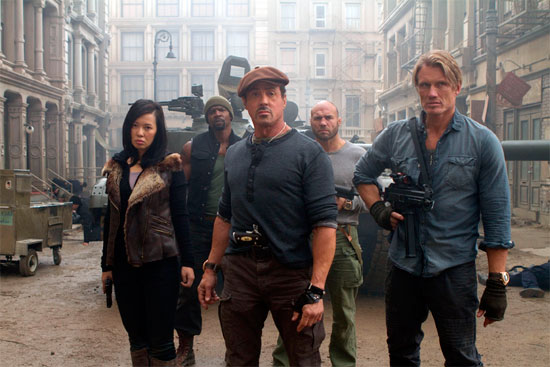 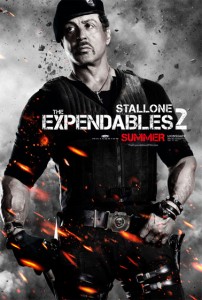 On a $100M budget, The Expendable 2 principal photography began on September 29, 2011, focusing on stunts with the central stars beginning filming on October 3. Filming was scheduled to take place over 14 weeks, with early filming taking place in Bulgaria at the Nu Boyana Film studios in Sofia

Several actors were reported to be in talks to appear in the sequel at various stages of its development. In October 2010, Willis claimed that Steve Austin would be returning to the series as villain Dan Paine. In November 2010, Charlie Sheen was reported to be in consideration for the role of a Central Intelligence Agency (CIA) agent hunting down Willis’ character.In August 2011, Variety reported that actor, and expert martial-artist, Donnie Yen had been offered a role in the film.

The role was a condition of a partnership between Nu Image/Millennium Films and an unnamed Chinese distributor that would see the distributor becoming a producer on the film in exchange for a Chinese actor being cast. The partnership was also considered to make a Chinese release of the film easier to achieve. In September 2011, Stallone confirmed that he was in talks with Nicolas Cage and John Travolta, claiming the only obstacle to their involvement would be scheduling. In July 2011, Mickey Rourke was stated to be reprising his role as Tool, but by late September it was reported that he had dropped out of the film, and by October 18, 2011 this status was confirmed. Antonio Banderas was reportedly offered a role but was unable to participate due to other commitments.

On November 16, 2011, the production received a fine (of between $343–$3,440) from the Bulgarian environmental protection agency for unlawfully removing shrubs and small trees from the entrance of Devetashka Cave. Although permits had been obtained, allowing sets to be built in the area, including a bridge directly to the cave, environmentalists complained that filming may damage the cave, the habitat of approximately 40 endangered species. To avoid further problems, the producers agreed to not film explosions, car chases and fires near the cave.

On November 27, 2011, Bulgarian environmentalists claimed that the bat population in Devetaskha cave had been reduced by up to three quarters-from approximately 30,000 recorded in 2010 to 8,000 in 2011. Nikolay Simov of the Center for Bat Studies and Protection at the Bulgarian Academy of Sciences accused the production of the The Expendables 2 of holding responsibility for the reduction, saying “The shooting of the movie harms the bat habitat – with the placement of props, the cutting down of vegetation, as well as disturbance by the presence of large numbers of people and the noise they make“.