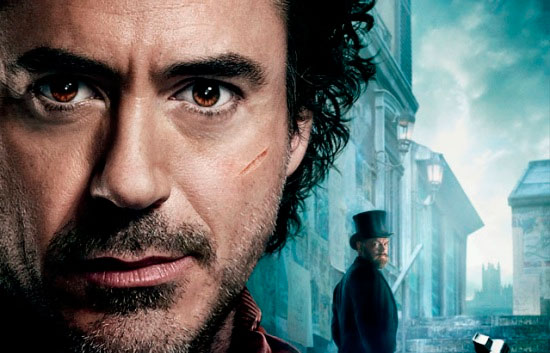 Sherlock Holmes: A Game of Shadows (also known as Sherlock Holmes 2) is a 2011 action mystery film directed by Guy Ritchie and produced by Joel Silver, Lionel Wigram, Susan Downey and Dan Lin. It is a sequel to the 2009 film Sherlock Holmes based on the character of the same name created by Sir Arthur Conan Doyle. The screenplay is by Kieran Mulroney and Michele Mulroney. Robert Downey, Jr. and Jude Law reprise their roles as Sherlock Holmes and Dr. John Watson and were joined by Noomi Rapace as Simza and Jared Harris as Professor Moriarty. 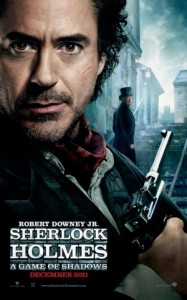 After the success of the first Sherlock Holmes, a sequel was fast tracked by Warner Bros. with director Guy Ritchie dropping out of an adaptation of Lobo and Robert Downey, Jr. leaving Cowboys & Aliens. It was unclear if Rachel McAdams would appear in the film. McAdams said, “If I do, it won’t be a very big thing. It’s not a lead part“. On February 4, 2011, Warner Bros. confirmed to Entertainment Weekly that McAdams will play a part in the sequel.

The film is reported to be influenced by Conan Doyle’s The Final Problem. While the film takes place a year after the events of the first film, Sherlock Holmes: A Game of Shadows is intended to be a stand-alone film that doesn’t require knowledge of the previous film.

In October 2010, Robert Downey, Jr. and Jude Law were seen rehearsing a fight scene as shooting took place in Richmond Park, south-west London. A large green screen was erected at Didcot Railway Centre in October 2010 and a large action scene was filmed there in mid-November. In late November, a scene was filmed at Victoria Bridge, which is part of the Severn Valley Railway. In January 2011 scenes were also filmed at Hampton Court Palace.

Early February 2011, principal photography moved for 2 days to Strasbourg, France. Shooting took place on, around and inside the Strasbourg Cathedral. The scene is said to be the opening scene of the movie, as it will cover an assassination/bombing in a German speaking town.