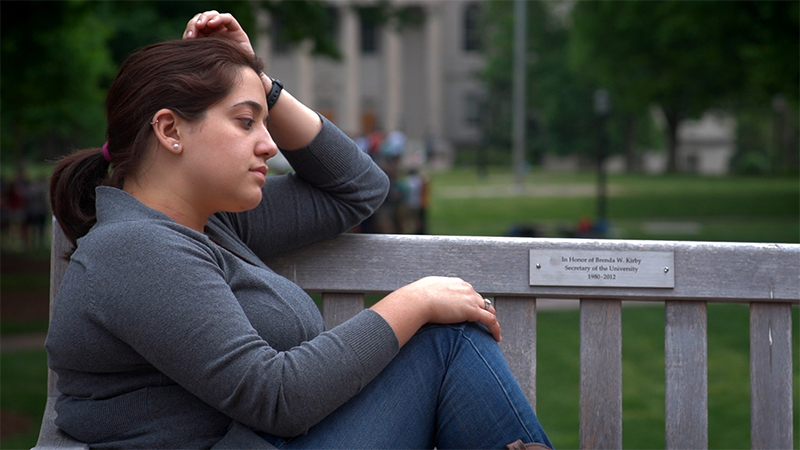 THE HUNTING GROUND, the latest feature film from Kirby Dick and Amy Ziering, takes audiences straight to the heart of a shocking epidemic of violence and institutional cover-ups sweeping college campuses across America. 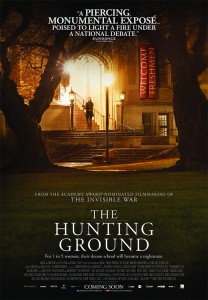 Punishment for sexual assault at some universities might be a suspension for as little as a week or even a day, an official warning, writing a paper, writing a book report, community service at a rape crisis center or “expulsion after graduation.”

The team behind the Oscar®-nominated THE INVISIBLE WAR presents a scorching exposé of the startling prevalence of sexual assault at bastions of higher learning and of the powerful interests that re-victimize vulnerable students while shielding perpetrators. Using vérité footage, expert insights, first-person testimonies and a bombshell interview sure to make headlines, the film delivers a devastating indictment of campus “rape culture.”

The statistics are staggering: One in five college women is sexually assaulted, yet only a fraction of these crimes are reported, and even fewer result in punishment for the perpetrators. Dick and Ziering chronicle the horrors faced by assault victims after they survive what they thought was the worst ordeal of their lives.

In raw and emotional interviews, rape survivors and their families testify to a real-life horror story that has become all too common. Those brave enough to report the crimes face disbelief, apathy, victim-blaming, harassment and retaliation from both their fellow students and the administrators whose job it is to protect them.

The filmmakers uncover an alarming effort on the part of universities and colleges to downplay and deny sexual assaults on their campuses to keep crime statistics low and public approval high. They also follow two courageous survivors, Andrea Pino and Annie Clark, who are striking back with an innovative legal strategy that uses Title IX legislation to make the powers that be take notice, ignite a national debate over campus assaults and create a network of support for young women who refuse to remain silent.