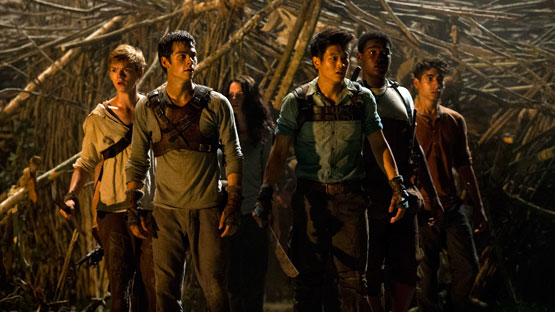 The Maze Runner is based upon the first book in a bestselling series by James Dashner. Published in October 2009, the novel became a New York Times Best Seller and captured the imaginations of readers around the world, who described it as a combination of Lord of the Flies, The Hunger Games, and the legendary television series Lost. Dashner understands those comparisons, especially to Lord of the Flies, but notes that The Maze Runner is at its heart a very different story. 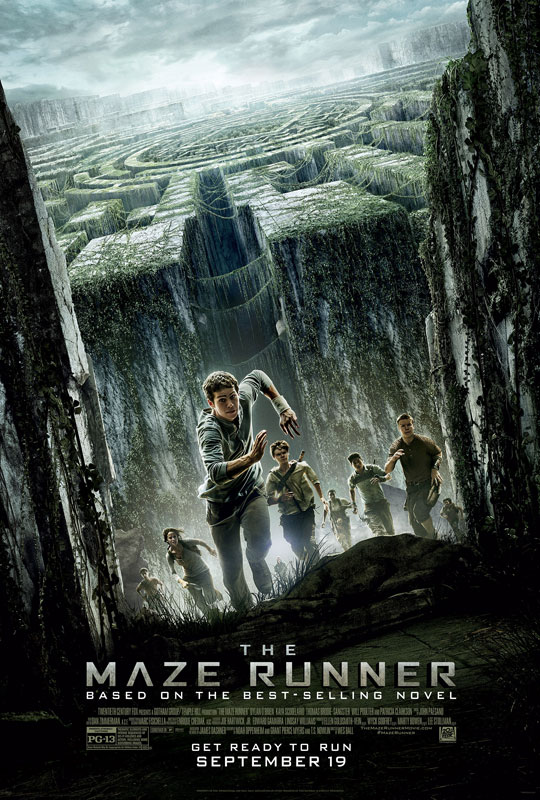 The snakes were no joke. The production’s snake wrangler was kept busy removing dozens of potentially deadly cottonmouths, tree rattlers and copperheads from the set during three weeks of filming there. Cast and crew avoided any nasty bites, and all the snakes, after relaxing in their reptile hotel, were safely released when filming wrapped

The book caught the attention of producers Ellen Goldsmith-Vein and Lee Stollman from the management/production company The Gotham Group. “We see a lot of young adult novels,” Stollman explains. “And you always look for something that has a big world creation with characters that are identifiable and something we haven’t seen before,” which is what they found in Dashner’s book. To faithfully adapt the novel to the screen, the studio turned to Temple Hill Entertainment producer Wyck Godfrey, who enjoyed tremendous success with the Twilight film series. Godfrey credits his sons Wyatt and Hudson for making him aware of the Maze Runner book series.

To capture the big-screen expectations of The Maze Runner’s dedicated fans, the production turned to first-time feature film director Wes Ball. Ball’s only previous directorial effort was Ruin, a seven-minute CGI animated short that had become an online phenomenon. Ball says, “I have a small visual effects company and I decided that after a couple years of doing other people’s work, I wanted to do something for myself. I closed up shop and made Ruin. I put it online and it just kind of exploded through Twitter.”

The next step was to assemble the cas. Leading the cast is Dylan O’Brien as the resourceful Thomas, who’s convinced there’s a way out of the Maze.  Aml Ameen was cast as the authoritative Alby. Recently seen in Lee Daniels’ The Butler, Aml is “a great new face,” according to Godfrey. “He’s just got gravitas, like a young Denzel Washington.” Will Poulter, who starred in the cult film Son of Rambow, and recently showed his comic skill in We’re the Millers, portrays Gally. Godfrey says, “Will’s the perfect Gally because you don’t want to mess with him, and he’s an intelligent adversary.”

The heavily wooded Glade location, where principal photography began, was on a farm in St. Francisville, Louisiana, about an hour from Baton Rouge. The lush, remote area had more than its share of challenges for the filmmakers and cast. Stollman ticks off the major ones: “Various kinds of venomous snakes, insects, mosquitoes, horseflies, intense heat, intense humidity, mud, rain… it was kind of like the seven deadly sins all in one practical location.”

Prior to the start of principal photography, Ball put his young cast through survival training, and an eventful overnight camp-out there was made unforgettable by a surprise storm, complete with spectacular thunder and lightning.