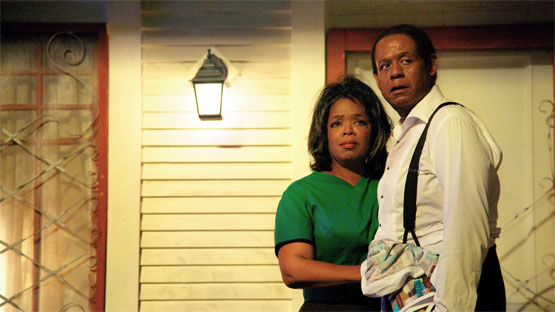 In 2008, during the weeks leading up to the historic election of Barack Obama, The Washington Post writer and former foreign correspondent Wil Haygood made a mission for himself: to find an African American who had worked in the White House and witnessed the Civil Rights movement from behind the scenes. After countless phone calls, Haygood discovered the person he was looking for right under his nose in Washington, DC. 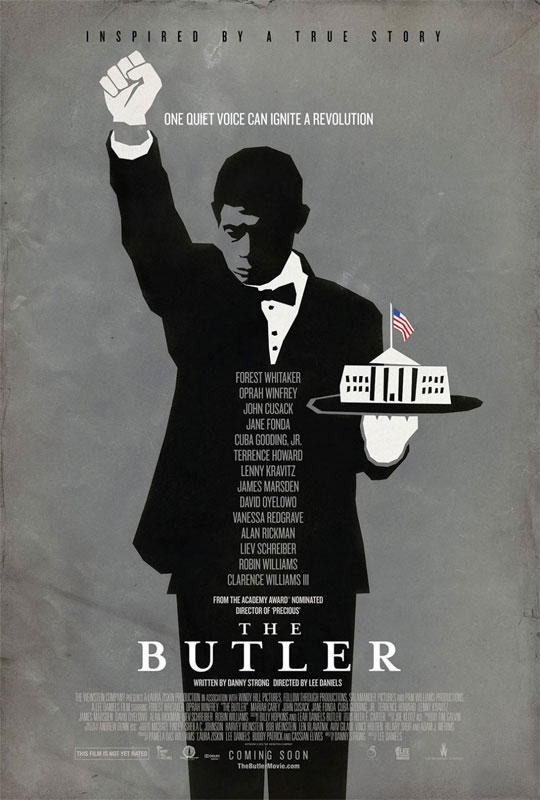 “Directing this film is the most important thing I’ve ever done in my career in cinema. It’s an incredible task to take on a historical epic and it’s terrifying because as a filmmaker, you want to make sure that you do it accurately. I hope people walk away with a sense of not forgetting what happened. We should remember that people died for our country and that there are heroes who aren’t taught about in school. Those people are the reason Obama is in office.” – Lee Daniels

His name was Eugene Allen, he was 89 years old, and he had served under eight presidents from the 1950s through the 1980s. Meeting with Allen and his wife Helene for a number of hours, the writer was able to profile a man whose firsthand access to some of the nation’s most pivotal events – and the men in power behind them – was unprecedented.

Sony Pictures Entertainment co-chairman Amy Pascal originally read the interview with Allen in the Washington Post and brought the material to the attention of producer Laura Ziskin. The Post ran the story on the Friday following Obama’s victory. Ziskin, the powerhouse behind such hits as PRETTY WOMAN, AS GOOD AS IT GETS, and the SPIDER-MAN franchise, immediately agreed that Allen’s story had extraordinary potential to be made into an epic film. Despite being approached by several other producers about the rights to Allen’s story, Haygood was convinced that ZIskin’s passion and vision for the project were unmatched and agreed that they should get the ball rolling on making the film as soon as possible.

Sony optioned rights to the project, with screenwriter Danny Strong – most recently the writer of HBO’s critically acclaimed film GAME CHANGE – in charge of creating a fictional story inspired by Haygood’s article. Ultimately Sony chose to not move forward with the film. This left Ziskin, whose passion for the project was unfailing, to return to the drawing board and round up funding independently. In hunting down potential investors, Ziskin looked to approach business people and film enthusiasts who were particularly dedicated to arts projects with a social message, like BET co-founder Sheila Johnson.

Eventually, others such as Michael Finley and Buddy Patrick came on board. Ultimately, it would take a village to get this movie off the ground with several different financing entities committing to bring this project to the finish line, also including Earl Stafford, Harry I. Martin, Jr., Charles Saveur Bonan, Film Partners and Al Film.

Ziskin had her eye on Lee Daniels to direct the project, who was fresh from his tremendous success with the Oscar-winning PRECIOUS. When the film that Daniels was attached to at the time, SELMA, ended up not getting off the ground, he was able to sign on with Ziskin instead. His expertise in the independent film world also proved helpful in raising money for the production. Daniels and Ziskin along with her producing partner, Pam Williams, worked closely together developing the project, even as she became more and more ill with cancer. With Ziskin’s sad and untimely death in June 2011, Williams took the reins on getting the rest of the film in place.

Forest Whitaker and Oprah Winfrey were next to sign on in the lead roles of Cecil and Gloria Gaines. David Oyelowo, who worked with Daniels in THE PAPERBOY, also signed on to play Louis, their headstrong activist son. Soon came a list of confirmed all-star talent, including Yaya Alafia, Mariah Carey, John Cusack as Richard Nixon, Jane Fonda, Cuba Gooding, Jr., Terrence Howard, Elijah Kelley, Minka Kelly, Lenny Kravitz, James Marsden, Alex Pettyfer, Vanessa Redgrave, Alan Rickman, Liev Schreiber and Robin Williams. Many of the actors signed on with such a love for the project, they agreed to accept far less pay than usual; some even were willing to cancel previous engagements and tour dates to take part in the filming.

Daniels shot the film in New Orleans, during the summer of 2012, over the course of 41 days – a relatively tight period of time considering the historical scope of the production and the size of its cast. In September of that year, while still in production, The Weinstein Company acquired U.S. distribution rights to the film.