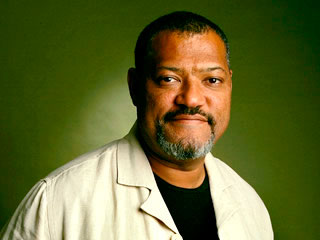 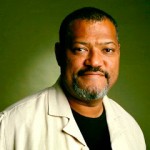 Laurence Fishburne is a big fan of Paulo Coelho, a Brazilian lyricist and novelist

Laurence John Fishburne III  (born July 30, 1961) is an American actor of screen and stage, as well as a playwright, director, and producer. Laurence Fishburne is perhaps best known for his roles as Morpheus in the Matrix science fiction film trilogy, and as singer-musician Ike Turner in the Tina Turner biopic What’s Love Got to Do With It. He became the first African American to portray Othello in a motion picture by a major studio when he appeared in Oliver Parker’s 1995 film Adaptation of the Shakespeare play.

Laurence Fishburne started acting at age twelve, getting his first job in 1973 as a short-lived member of the Mod Squad followed by portraying Joshua Hall on the ABC soap opera, One Life to Live. He was initially cast in the hit television series Good Times, but the role was eventually given to Ralph Carter. Fishburne’s most memorable childhood role was in Cornbread, Earl and Me in which he played a young boy who witnessed the police shooting of a popular high school basketball star.

Fishburne married actress Hajna O. Moss in 1985, in New York. They have two children together. Hajna and Laurence later decided to divorce in the 1990s and lived their separate lives from then on. In the year 2010, he cut ties with his daughter Montana Fishburne after she made the career move of going into pornography.

Fishburne met Gina Torres while filming The Matrix Reloaded. He and Torres were engaged in February 2001 and married on September 22, 2002, at The Cloisters museum in New York City.