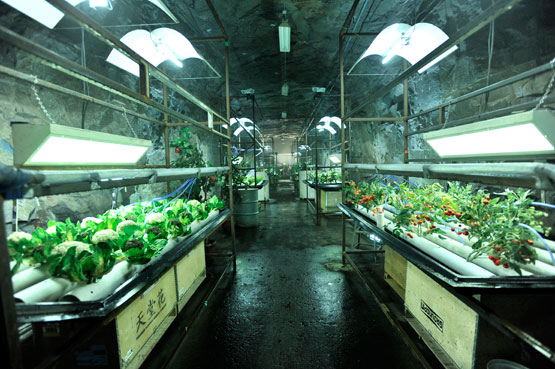 Award-winning director Jeff Renfroe delivers an action-packed, post-apocalyptic thriller in his icy feature The Colony. Set during the next ice-age, an outpost of colonists struggle to survive below the world’s frozen surface. Short on supplies, and plagued by illness and internal conflict, the colonists suspect the worst when they mysteriously lose contact with their only other known settlement, Colony 5. 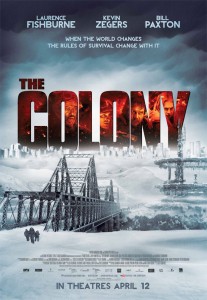 At its heart, The Colony is an archetypal science-fiction/thriller about a group of survivors who
must make a stand for what could be the last vestige of mankind during the next ice age.

Writers Pascal Trottier and Patrick Tarr worked on the script together in 2005 and at that time, it was a single-location project about people surviving the next ice -age and living underground.

Producers Paul Barkin and Matthew Cervi heard their pitch and thought the core idea was great, but to make the film special they needed to find a way to elevate the film within the genre. “At that time the antagonists were more like zombies and the third act all took place in a condemned level,” says Tarr. “But the themes around survival and ethics in desperate times were always the same.”

Once the film was greenlit for production, the producers started to approach cast but already knew who they would love to see in the roles. “It’s funny because the first movie reference we had when we even started writing this film was our love of Alien,” Tarr remembers. “So when Paul and Jeff said they were going to approach Bill Paxton, I just thought how perfect it all was – there couldn’t be a better actor for the role.”

But it was Laurence Fishburne who was the first actor to come on board to the project to get things rolling. “I knew we wanted Laurence because he embodies all the characteristics of a true leader,” says Renfroe.

Most of the film on the surface is entirely CGI, which meant the actors were often performing against green screen. There are 360 shots in the film that required VFX. It took 40-60 days just to complete the bridge sequence alone. With a 50-person team from Vision Globale working full-time for many months, creating the world of the film takes longer than it does to shoot it.