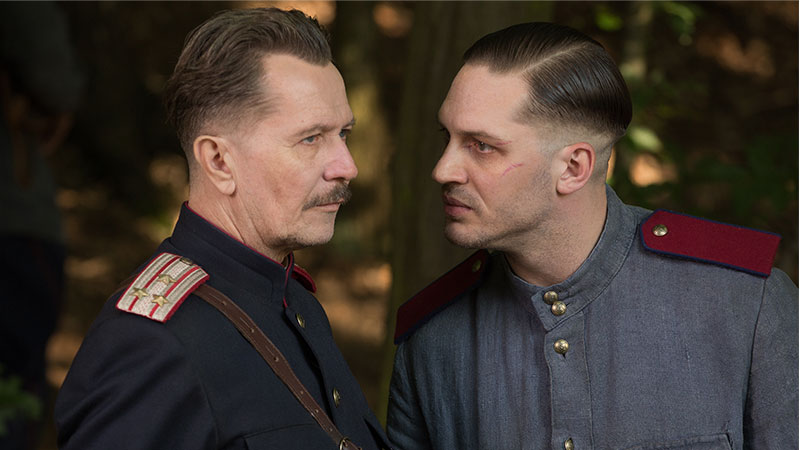 A politically-charged serial killer thriller set in 1953 Soviet Russia, CHILD 44 chronicles the crisis of conscience for secret police agent Leo Demidov (Tom Hardy), who loses status, power and home when he refuses to denounce his own wife, Raisa (Noomi Rapace), as a traitor. Exiled from Moscow to a grim provincial outpost, Leo and Raisa join forces with General Mikhail Nesterov (Gary Oldman) to track down a serial killer who preys on young boys. 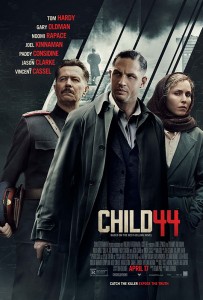 Child 44’s climactic showdown in Rostov at the Rostelmach Factory, home base for the serial killer, was shot amid the industrial landscapes of Králuv Dvur and Hrádek u Rokycan.

A sumptuous period thriller encompassing themes of power, love, betrayal and murder, Child 44 is loosely based on the crimes of real-life serial killer Andrei Chikatilo. Also known as “The Butcher of Rostov,” Chikatilo was convicted of murdering and mutilating 52 women and children in Soviet Russia in the early 1950s. Novelist Tom Rob Smith’s fictionalized version of the grisly case met with resounding critical and popular acclaim upon publication in 1998.

To anchor an adventure of such grand historical scope, the filmmakers needed an actor capable of handling the script’s demanding emotional and physical range, from quiet dramatic moments to brutal action sequences. They also needed someone who could subtly express the protagonist’s inner conflicts as he struggles to find his humanity in an inhuman situation. They found their Leo Demidov in British actor Tom Hardy. Hardy says he was attracted to the project by the moral complexity of his character—and the script as a whole.

During production on Child 44, Hardy burnished his reputation for meticulous preparation and intense performance. “Tom came in the first day with a very clear idea of who Leo was,” says Espinosa. “He manages, with the subtlest expressions, to convey the inner emotions and uncertainty of a man who has been trained his whole life to avoid showing emotion or uncertainty, and who lives in a society where honesty can get you killed. And he does it all with a great Russian accent.”

Hardy was thrilled to reunite with his The Drop co-star Noomi Rapace, who plays his wife Raisa in this film. Producer Ridley Scott introduced Rapace to Child 44 in Los Angeles when he cast her in his 2012 sci-fi epic Prometheus. When she learned Espinosa would be directing, Rapace was thrilled. To understand Raisa’s timidity, Rapace imagined the paranoia experienced by ordinary citizens on a daily basis during the Stalinist regime.