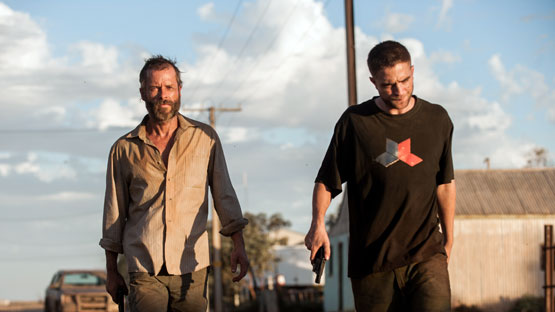 Writer-­‐director David Michôd broadens his palette for another pub thriller, this time set in the Australian outback, ten years after a great Western economic collapse. The world of THE ROVER is a near future of social and economic decay, where services, utilities, law and order have fallen into dangerous disrepair. And yet people from all corners of the world have come to this desolate outpost to work the mines that feed the Asian century. 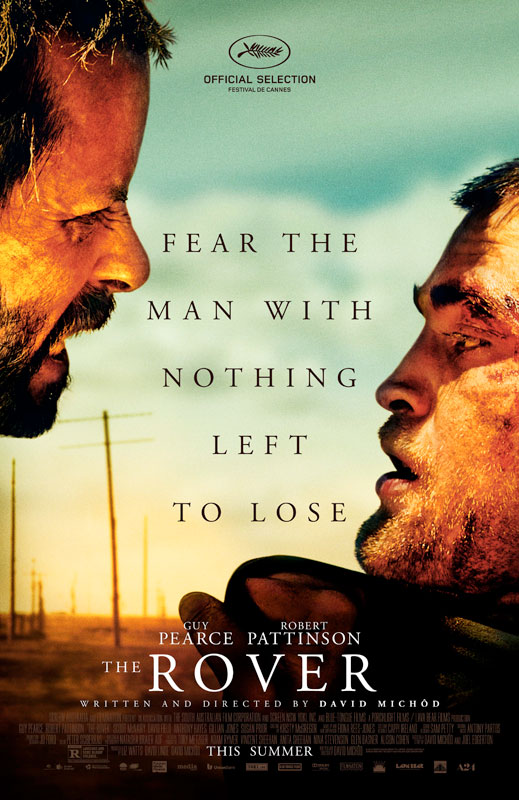 The main concern with shooting in the Flinders Ranges was the weather – specifically the heat and the ability of the cast and crew to work in these conditions. The production – which shot from January 28 through March 16, 2013 – was set to shoot in the hottest, driest months in the area.

“This isn’t a complete collapse of society so much as an inversion of present-­‐day global power dynamics,” Michôd says of his second feature. “Unlike many films set in a dystopian future, I didn’t want the devastation of The Rover to be seen as the result of a single cataclysmic or apocalyptic event, which can distance viewers from the earth and air of the story. I wanted this film to feel like an entirely conceivable world of the very near future ”

As he wrote the screenplay, Michôd already envisioned Guy Pearce in the role of Eric, a man in his mid-­‐40s who has experienced the gradual but steady economic collapse of the story’s world. “I wanted the character to be someone who remembered a time when things were different,” explains Michôd. For Pearce, despite already knowing Michôd and admiring his work, the character of Eric did not register with him immediately – though he knew he could make something interesting and powerful of the character.

The next step in bringing The Rover to life was to build a cast around Pearce. The global success of Animal Kingdom opened doors for Michôd in Los Angeles, and he was in the privileged position to be able to audition several heavyweights, including Robert Pattinson. Michôd met with the British-­‐born actor despite never having watched a single film in THE TWILIGHT SAGA.

Before casting Pattinson, Michôd met American actor Scoot McNairy in New Orleans while he was filming Andrew Dominik’s crime drama KILLING ME SOFTLY. Not surprisingly, when it came time to cast Rey’s older brother Henry, McNairy was the obvious choice. Henry’s fellow gang members Archie and Caleb – hustlers and desperados eking out a living in the collapsed world of the story – were brought to life, respectively, by David Field and Tawanda Manyimo, gifted character.

Michôd and his team began filming for a seven-­‐week period in the remote South Australian outback during the hottest months of the year, where temperatures often reach 120 degrees Fahrenheit.

After scouting various regions of Australia with his producers, Michôd settled on the Flinders Ranges, north of Adelaide, offering the beauty and starkness of the surrounding hills in addition to a slew of rustic towns. The shoot moved across a number of areas in South Australia, filming in five key locations, including the unique outback town of Marree, population 90.

Post-production work was completed in Sydney, with a total of 13 weeks editing and 13 weeks sound editing and mixing. Editor Peter Sciberras assembled footage and began the editing process with a set of existing songs and music from the likes of Colin Stetson, William Basinski, Tortoise, Giacinto Scelsi and Keri Hilson that Michôd and Music Supervisor Jemma Burns had previously shared with the cast prior to production as mood signifiers.