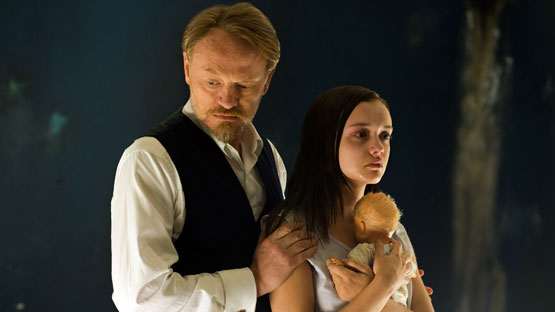 The Quiet Ones plunges into the heart of what scares us most as it explores a series of experiments in 1970s London on a deeply disturbed girl, Jane Harper; an abandoned foster child rejected by every home that took her in because of the strange and alarming happenings following her. But what lies at the root of her extreme psychic disturbance? Is there a logical explanation for her eerie torment . . . or is a team of researchers about to unleash a darkness they cannot hope to fathom or possibly survive? 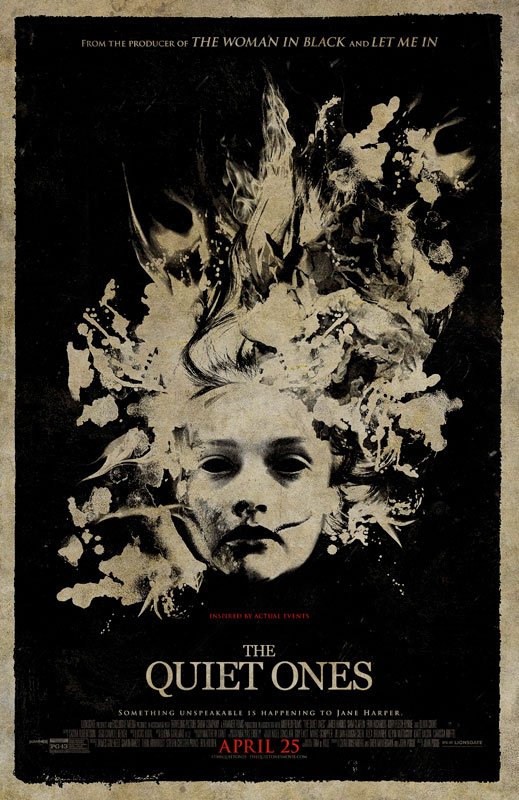 Adding to the film’s richness was the collaboration between Pogue, Erdély and production designer Matthew Gant, who crafted the film’s primary, isolated location: a creepy old house in Oxfordshire, England that provides the perfect backdrop to the experiment – replete with Jane Harper’s mysterious, locked room.

For director John Pogue these questions were key to creating a possession thriller with a fun, modern edge. Pogue had himself studied experimental psychology in college. So, the idea of creating shock and fear from a team of experimenters convinced there is no scientific reason to be afraid struck him as very exciting territory.

The inspiration for The Quiet Ones began with an incredible history: real scientists probing such disquieting human experiences as hauntings, clairvoyance, psychokinesis and even teleplasm (emanations from the body of a person with telepathic powers) – in medical-style laboratories. As original screenplay writer Tom de Ville delved into the heyday of paranormal research, there was one particularly jolting incident that grabbed him. “It was an experiment conducted in the mid-1970s in Toronto,” he explains. “The researchers were looking at the idea that poltergeists might be created by intense emotional energy, and to try to prove this, they set about trying to create a supernatural being from their own emotional energy.”

“Finding Jane Harper was unusually challenging,” Pogue says. To find an actress to take on such a seemingly fragile yet terribly dangerous character, the filmmakers set out on a demanding search. After looking at many candidates, they found their Jane Harper in rising star Olivia Cooke.

Leading the experiment is Professor Joseph Coupland (Jared Harris), who is forced to take his unconventional project to a private house in London when Oxford refuses to sanction it. He brings with him two students, and one outsider – Brian McNeil (Sam Claflin), who works in the university’s Audio Visual department, and joins the team to film the experiments, only to find himself increasingly unhinged by what he witnesses.

From the start, the filmmakers knew they wanted to cast Sam Claflin “I had met with Sam before the audition process started and knew that this was the guy to play Brian McNeil,” Pogue recalls

Rounding out the research team are Coupland’s loyal students Krissi Dalton and Harry Abrams, who also happen to be lovers. Taking the role of flirtatious Dalton is rising Welsh actress Erin Richards, while Abrams is portrayed by Irish actor Rory Fleck-Byrne.