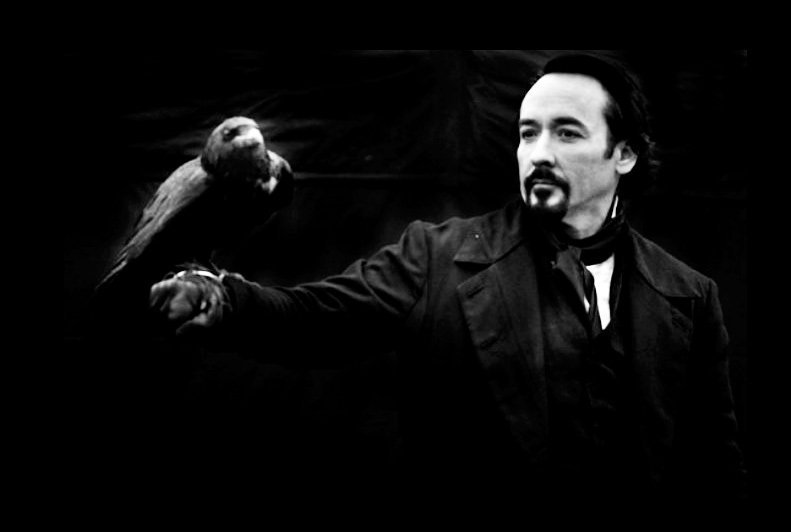 A brutal killing spree terrorizes 19th-century Baltimore and a young detective turns to a notorious author for help getting inside the mind of a serial killer in the stylish, gothic thriller, The Raven, an audacious reimagining of the lurid tales of Edgar Allan Poe. Starring John Cusack as the infamous inventor of the detective fiction genre and Luke Evans as an ambitious sleuth determined to stop more of Poe’s gruesome stories from coming to chilling life—and death—The Raven weaves history and fiction into an original and twisted mystery worthy of the master of the macabre himself. 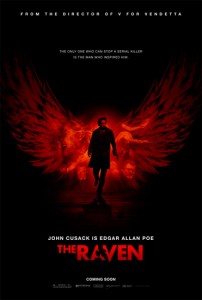 The Raven is set entirely in Baltimore, Maryland, a city built around one of the earliest ports in what would become the United States. A prosperous place both before and after the American Civil War

Screenwriters Ben Livingston and Hannah Shakespeare have created a nimble whodunit that manages to subtly weave parts of Poe’s work, life and mysterious death into an original tale, even casting Poe in the role of amateur detective, helping Fields track down the killer. “It was Ben’s concept,” says Shakespeare. “He asked, ‘What if a serial killer was using Poe’s stories to commit his crimes?’ The stories are ingenious vehicles for murder.”

Their story unfolds against the backdrop of Baltimore society, high and low, bringing together fictional and historical figures in a dazzling narrative as Fields and Poe follow a string of baffling murders. “We never set out to make a completely accurate historical biography,” says Livingston. “We have taken facts about his life and put them in the movie to give it some historical context, then improvised from there. It’s a work of original fiction, but part of the fun of watching it will be recognizing the story elements.”

Selecting the right actor to play an historical character presents a unique set of challenges. In John Cusack, the filmmakers found an actor who could embody Edgar Allan Poe both physically and emotionally, while upping the artistic ante with his own unique onscreen persona.

Cusack’s extensive body of work, which includes comedies, thrillers and serious dramas, demonstrated the range the filmmakers were searching for. “It’s hard to imagine anyone else doing this role,” says Evans. “He was able to grasp the full gamut of personality traits that made Poe interesting. He can be witty, he can be charming, he can be romantic. And he can be very dark, even to the point of despair.”