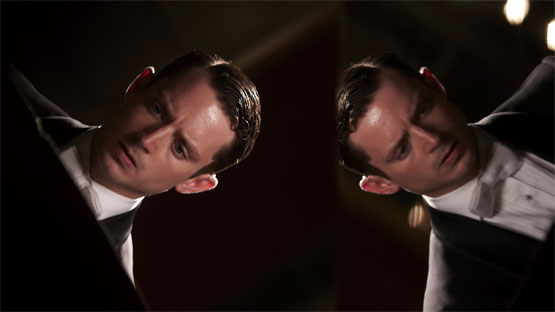 Grand Piano is, above all, a cinematic challenge. Anyone who remembers the climax of The Man Who Knew Too Much, by Alfred Hitchcock, will be able to gauge the problems involved in maintaining a tension comparable to that of its climax… over the course of an hour and a half. 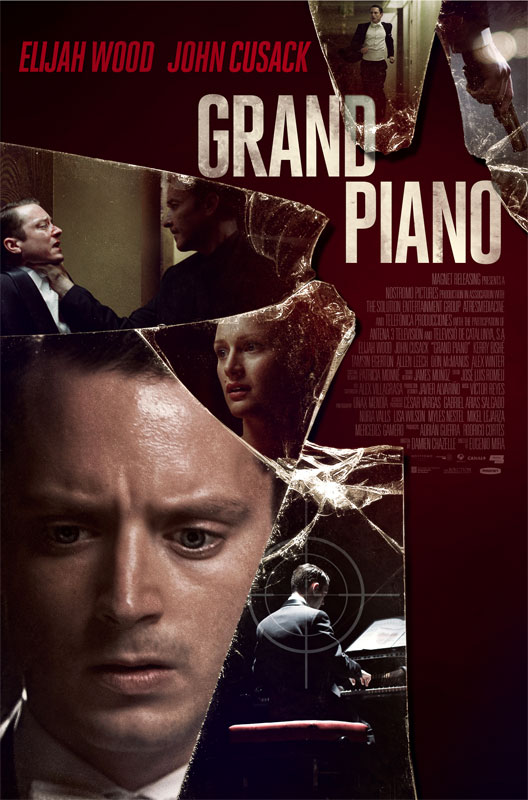 All the exteriors were shot in Chicago. A small unit traveled from Spain and the rest of the crew was made up of American technicians. Likewise, a large number of the supporting actors are American or British,

Damien Chazelle wrote it on spec, that is, without anyone asking him, without developing it as a commission, but with the hope that a producer would buy it in order to make the film. Most of those scripts end up as they began: in nothing. But in this case, the script generated enough interest for various production companies to enter the bidding, and it was the Spanish company Nostromo Pictures who ended up getting it. A few weeks later, an agreement was signed with Elijah Wood and John Cusack to star in it.

The filming of Grand Piano took place over 44 days in Barcelona, Chicago and Las Palmas de Gran Canaria. Several different cities for a feature film that mainly takes place inside a theater. The explanation is basically logistical: the film has almost 500 shots with visual effects. If we had filmed in a real theater, with all the extras sitting in their seats over all that time, the budget would have increased exponentially. So it was decided to build a part of the theater as a set and the rest was developed digitally. 90% of the audience in the theater is digital, as well as all the part of the theater that isn’t the actual stage.

The stage, the first six rows of seats and two boxes were built on a sound stage in Barcelona, creating an immense set.  Images of the audience in the theater were filmed in the Canaries and then a process of digital multiplication created the illusion of a theater packed with 4,000 people.

Apart from the film’s narrative challenge, the fact that it takes place over the course of a concert for piano and orchestra involved an equal challenge when it came to composing the sound track. The music was composed before shooting, as the musicians on screen had to play the notes that the spectator hears. This meant having a real orchestra throughout the shoot. There was an exhaustive casting to form that orchestra and it was carried out among all kinds of professional musicians, who had to have diverse characteristics: apart from playing the instruments they were assigned, they had to have the appearance required for a film set in Chicago but shot in Barcelona.

Elijah Wood really plays on screen the piano pieces that his character tackles. The actor took piano lessons as a child, but he had a coach throughout the pre-production and during the shoot, as some parts were almost impossible to perform, even for professional musicians. In fact, the script actually describes one of the fundamental pieces in the film (La Cinquette) as “the impossible piece”, as it contains fragments that are technically impossible in reality. Elijah Wood wasn’t the only actor to have a coach to give his character credibility: Don McManus, who plays the orchestra conductor William Reisinger, also had a personal adviser.