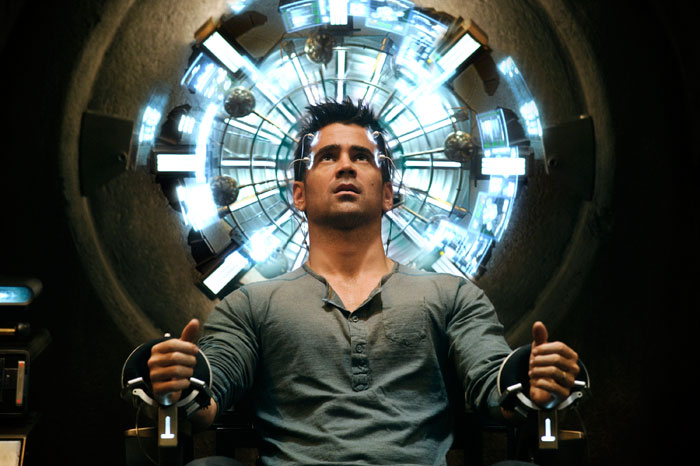 Total Recall is an action thriller about reality and memory, inspired anew by the famous short story “We Can Remember It For You Wholesale” by Philip K. Dick. 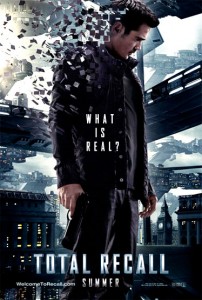 The debut trailer clearly revealed that Colin Farrell will once again use an American accent for his latest role, since his character, Douglas Quaid is in fact an American.

Welcome to Rekall, the company that can turn your dreams into real memories.  For a factory worker named Douglas Quaid (Colin Farrell), even though he’s got a beautiful wife (Kate Beckinsale) who he loves, the mind-trip sounds like the perfect vacation from his frustrating life – real memories of life as a super-spy might be just what he needs.

In August 2010, Arnold Schwarzenegger expressed an interest in reprising his role as Doug Quaid until October 2010, when it was officially reported The Hollywood Reporter that Colin Farrell was on the top of the short list, which included Tom Hardy and Michael Fassbender, to play Doug Quaid, the role Arnold Schwarzenegger played in the 1990 version. On January 11, 2011, it was announced that Colin Farrell had secured the role.  Farrell stated in April that the remake would not be the same as Dick’s short story.

Kate Beckinsale (who is Wiseman’s wife) and Jessica Biel were both confirmed for roles on May 25. Actresses Eva Green, Diane Kruger and Kate Bosworth were considered for Biel’s role.  Breaking Bad actor Bryan Cranston will play the film’s villain. Ethan Hawke has been cast in a cameo role in which he says his character has a monologue about 5 pages long. Bill Nighy is in negotiations to play Kuato. John Cho has also joined the cast.

On a reported budget of $200 million, principal photography began in Toronto on May 16, 2011, and ended on September 20, 2011.Scenes were filmed at the Pinewood Toronto Studios, as well as the University of Toronto, the Metro Toronto Convention Centre, and Guelph. The film was shot with Red Epic digital cameras and Panavision anamorphic lenses.

After securing the film rights from Miramax Films, Columbia Pictures will distribute the film.