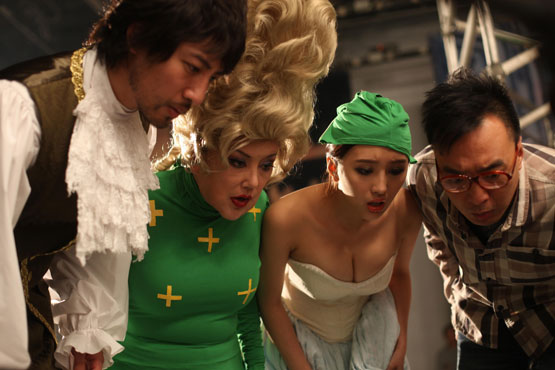 Just as Pang Ho-Cheung’s Love in the Buff broke the traditional romantic comedy, becoming one of the highest grossing films in the territory and enjoying a tremendous response from audiences and critics alike, his follow-­up film, Vulgaria, which he directed, produced and co-­wrote (along with Lin Chao-­Rong and Lu Yi-­Xin) incorporates a slew of popular actors and looks to break the same genre conventions that were once typical in a raunchy comedy, combining Cantonese colloquial language and Hong Kongnese flare, through a highly improvisation approach. 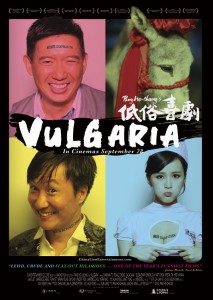 Vulgaria is vulgar and offensive in every way – and is meant to be. But for Chinese Mainlanders, the term “vulgar” can also refer to Hong Kong comedies they don’t understand.

From the Director – Pang Ho-Cheung

Beginning in 2011, the Guandong Province has been rumored to be putting in place a restrictive policy on the media’s use of the Cantonese language. As a native of Guandong now living in Hong Kong, Cantonese is my native tongue. I constantly worry about the many administrative measures used to indirectly suppress local dialects in the name of promoting Mandarin Chinese in the mainland. It worries me deeply when I see online discussions regarding this topic, with younger generations showing no concern, saying “we can still speak it even if they don’t show it on T.V.”

Perhaps everyone’s too young to have read Alphonse Daudet’s La Dernière Classe, but young people probably don’t understand that the first step to weakening a particular language is to limit the use of that same language by the media. It is fine to speak it, but for the generations to come, they will lose interests in the restricted language because of their lack of opportunities to be exposed to the language.

That’s where my inspiration came for Vulgaria – I conjured up the concept of this crazy comedy purely in Cantonese to save Cantonese. This film’s budget was low and the preparation was rushed. I shot the entire film in 12 days, with dialogue sometimes being finished in the car on the way from one scene to another.

Having nine tones, Cantonese is the one Chinese dialect closest to ancient Chinese. Therefore when you recite, say poems from the Tang Dynasty in Cantonese, the modulation and the inflection of the tones are especially elegant. But what I want to share in this case is the foul language of Cantonese, because it is the true essence of Cantonese culture. Some might question, since the purpose of the film is to promote and protect local dialects, why I would fill the entire film with erotica, political incorrectness, and discriminatory content. But I would argue that the politically incorrect part of this film is my understanding of this political incorrectness and turning it into something interesting and fun for the audience.