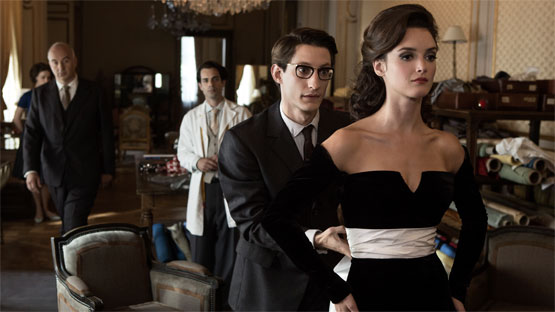 In January 1958, Yves Saint Laurent (Pierre Niney) – aged merely 21 – was unexpectedly called upon to oversee the legendary Paris fashion house established by recently deceased Christian Dior. All eyes turned to this very young assistant as he presented his first collection for Dior and instantly ascended to the heights of haute couture’s elite class. 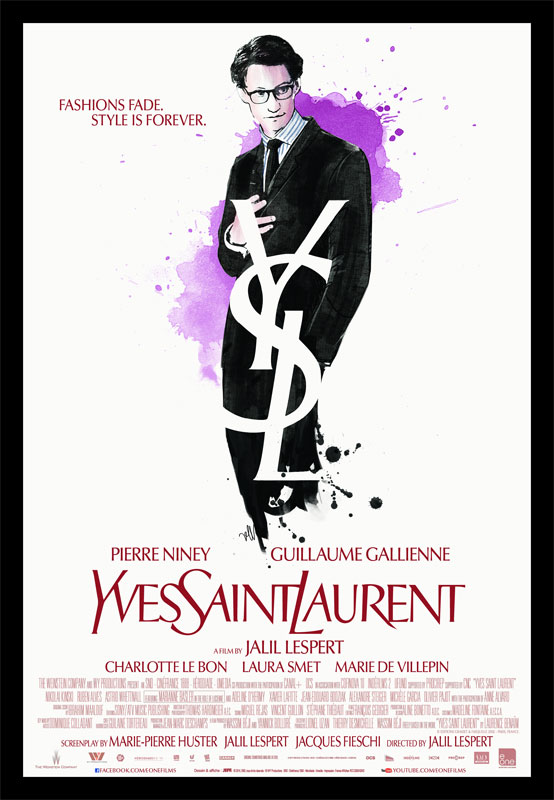 What moved me about that story is that it portrays two brilliant characters, including a genius with all that it entails in terms of flaws and wounds. Moreover, Yves was manic-depressive and diagnosed as such by doctors. – DIRECTOR JALIL LESPERT

During Saint Laurent’s breathtaking and groundbreaking show, he met with another fate in being introduced to Pierre Bergé (Guillaume Gallienne), patron of the arts, future love of his life and lifelong business partner. Three years later, the two founded the Yves Saint Laurent Company, which would rapidly become one of the biggest luxury powerhouses on the planet. Directed by Jalil Lespert with a screenplay by Lespert and Marie-Pierre Huster, YVES SAINT LAURENT is at once a captivating story about the making of an icon and a testament to the power of enduring love.

How did it all start?
I wanted to tell a powerful, epic love story. I also wanted to portray characters striving to make their dreams come true. As I was thinking over what I wanted to do for my new project, I came up with the idea of YVES SAINT LAURENT. I was thrilled to make a film about the great French designer and Pierre Bergé.

What was it about Yves Saint Laurent’s life and career that got you so excited?
To start with, I am extremely impressed by Yves’ unique charisma, but also by his vulnerability and innocence. He was tremendously clever and uncompromisingly dedicated to his art. Then, I was deeply moved by his lifelong love story with Pierre Bergé. Then again, in addition to the love story, Yves was obviously an amazing creative force. He was a true creator who was immensely productive, and always ahead of his time – he was a true avant-gardist. Beyond his creations, he understood how important clothes were in daily life. He came up with suits for modern women at a time when women were still considered second-class citizens. He wasn’t so much an observer of his times as a contributor to them. He was bold enough to have women wear men’s clothes, including tuxedo jackets and pants, without ever denying their femininity. At the time, this was extremely groundbreaking stuff.

How was working with Pierre Bergé during the research process?
I wouldn’t have made the film without Pierre’s consent – not because of the important figure he is, but because he was his lifelong companion. When it comes to Saint Laurent’s life, Pierre Bergé is an integral part of it – you can’t portray the former without portraying the latter. I needed to feel Pierre was by my side and access specific information only he could give me. I wanted him to share his thoughts and his feelings about the whole enterprise with me. Besides, it was important for me to meet with the “YSL Family” – i.e. the foundation where you can find all those who helped with Yves’ creative work. They still feel very close to the designer who passed away only five years ago. I realized from the documentaries I saw that there was a family-like atmosphere in the Saint Laurent house. Naturally, I wished to meet each and every one of them. Even though that haute-couture house was already an industry back then, they developed a team spirit. It is a key element as it echoes back to the love story between Yves and Pierre in that it is at once highly private and public. Both aspects are inseparable, like in a theater company. I wanted all that to come across in the film, and so I had to experience it myself first.

How did you react when you read the script?
I was thrilled! I knew, right away, that this was a strong story with an engaging, multi-faceted character who was both fragile and full of dignity. I was eager to get to work. Being familiar with Jalil Lespert’s films and knowing how close he was to actors, I knew that this was going to be a compelling film. I knew that he would find the right tone to deal with this legendary story, a mix of love and creativity and that he would give an in-depth portrayal of the two characters throughout the film.