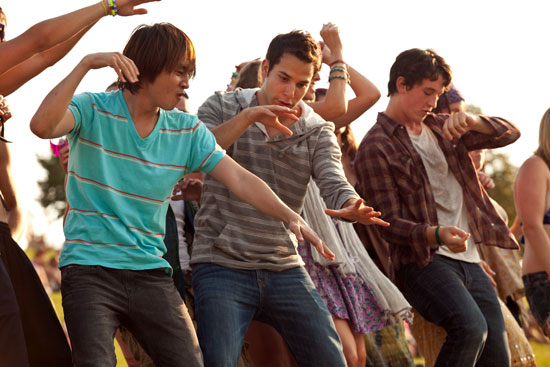 After writing the monumentally successful comedy The Hangover, Jon Lucas and Scott Moore penned 21 and Over as a spec script not based on their own experiences, but about the outrageous things they had longed to do. Although Lucas and Moore are hardly newcomers to the world of big feature comedies, 21 and Over marks their directorial debut. 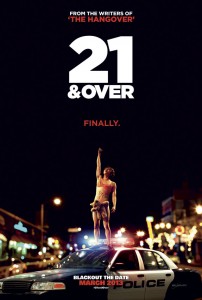 In finding the perfect locale to stage the story’s fictitious Northern Pacific University, the top choice for Lucas and Moore was clear: The University of Washington in Seattle.

Straight-A college student Jeff Chang (Justin Chon) has always done what’s expected of him. But when his two best friends Casey (Skylar Astin)and Miller (Miles Teller) surprise him with a visit for his 21st birthday, he decides to do what’s unexpected for a change, even though his critical medical school interview is early the next morning. What was supposed to be one beer becomes one night of chaos, over indulgence and utter debauchery in this outrageous comedy.

On the heels of a resounding success in The Fighter, producers David Hoberman and Todd Lieberman were presented an exciting opportunity; not only would they reteam with the studio that helped earn them Academy Award nominations, but they would be collaborating with writers Jon Lucas and Scott Moore, whose work they long admired. “[Relativity] had this script that they wanted to make with Lucas and Moore and wanted to find producers for them,” said Hoberman. “We had tried to be in business with Lucas and Moore as writers many times… and really loved the guys and their voice and their sense of humor… And we loved the script and loved them. It was kind of a no-brainer for us.” Added Lieberman, “Producing an R-rated comedy isn’t something that I’d ever done before and really wanted to.  And so it felt like the opportunity to work with two guys who I really respected and wanted to work with… it seemed like kind of like the perfect situation.”

While outrageous scenes are the norm in this genre of comedy, 21 and Over surprises, balancing zany set-pieces with down-to-earth, relatable situations.

It was important to the filmmakers to cast actors who weren’t immediately recognizable in the lead roles. That way, it would allow the audience to immerse themselves in the journey of the narrative without any preconceived notions of those they’ve been watching.

When Miles Teller arrived at his audition, he was supposed to read for the role of Casey… but he had other plans. After reading through the script, Miles knew he was destined to play Miller “one hundred percent.” Teller brazenly announced he’d be reading for Miller instead of Casey, then proceeded to impress everyone in the room with his take on the character. “Casting’s monotonous, certainly when you’re going over the same scene time and time again,” said Lieberman. “But until that person walks in the door that nails it and then it’s not monotonous and you find it.  And when Miles walked in the door and gave his reading, we said, ‘Well, there’s our Miller.’” Moore and Lucas knew it too. “Yeah. He’s the guy,” they both said over one another.