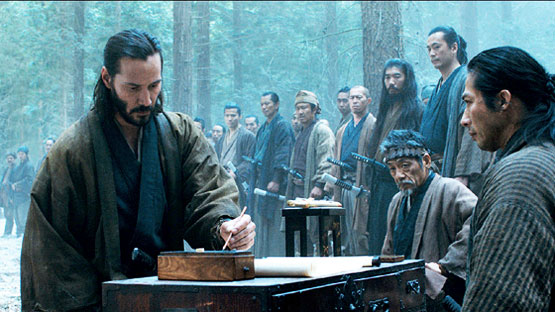 Keanu Reeves leads an all-star international cast in the action-adventure 47 Ronin. After a treacherous warlord kills their master and banishes their kind, 47 leaderless samurai vow to seek vengeance and restore honor to their people. With 47 Ronin, director Carl Rinsch brings to life the stunning landscapes and enormous battles that display the timeless story in a way that’s never been seen before. 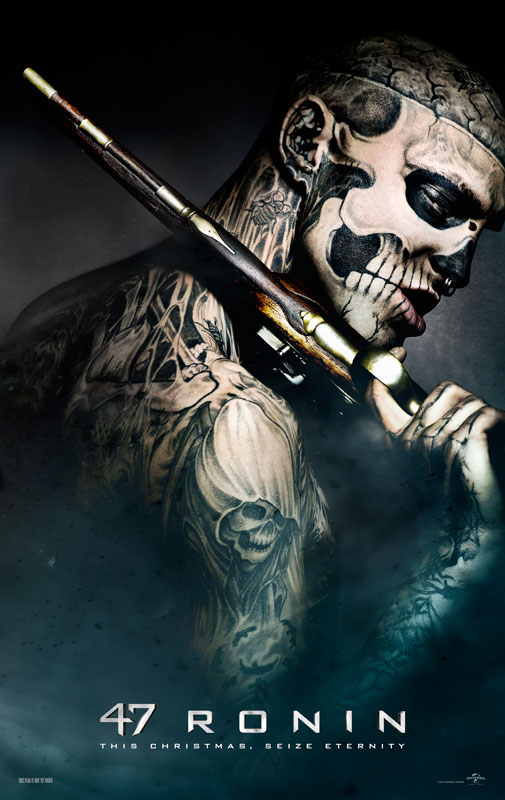 For this reimaging of the 47 Ronin tale, and in keeping with Ch-ushingura, the character of Kai is a new addition to the canon.

Joining Reeves for this epic 3D action-adventure are a select cast of Japanese superstars who are not only beloved in their native country, but who have honed their talents across the globe. They are Hiroyuki Sanada as Oishi, the indisputable leader of the samurai; Tadanobu Asano as Lord Kira, the treacherous villain who will stop at nothing to destroy his enemies; Academy Award®-nominated actress Rinko Kikuchi as the Witch, a shape-shifting siren who executes Kira’s every request in his search for ultimate power; and Ko Shibasaki as Mika, their master’s daughter and the impossible, eternal love of Kai’s life.

When director Carl Rinsch read the original treatment of the script, he admits he was intrigued by the timeless love, elaborate settings and fantastical creatures that were set against an actual historical backdrop. Recalls the filmmaker: “I knew a bit about the story of the Ronin, the traditional history of it, but of course this is a creative iteration of that.” After meeting with Universal to discuss, Rinsch was sold on the project that he wanted to make as his feature debut.

When researching the film, the director drew inspiration from the art of such masters as Miyazaki, Hokusai and Hiroshige. Comments Rinsch: “When I studied these paintings, I saw that there was a whole fantasy world right there. And I thought, ‘If I can express this world, then we’re onto something.’” From there, Rinsch and his team began to investigate the fantasy aspects of 47 Ronin, including creatures that have long been a part of Japanese folklore.

One of the earliest efforts involved in casting 47 Ronin was to find a performer with the presence, physicality and stamina to play the demanding role of the film’s hero, Kai, a figure of two worlds. Keanu Reeves, beloved by worldwide audiences for his work in blockbuster epics such as The Matrix trilogy, in which he gave a human center to a complex and imaginative fantasy world, was an ideal choice and became a true partner in the production.

The shoot for 47 Ronin was split between studio work in Budapest and filming on expansive back-lot sets Mika refuses to be intimidated by the Witch. at Shepperton Studios near London. Indeed, the goal for the production team was to create a romanticized vision of Japan from scratch. Producer Eric McLeod sums: “A lot of people who haven’t been to Japan have a mind’s-eye vision of what Japan might look like. This film takes that to another level: It’s greener, brighter.”

Two-time Oscar®-nominated production designer Jan Roelfs, who most recently designed the globetrotting juggernaut Fast & Furious 6, and his crew set about creating 47 Ronin’s iconic locations. In Budapest, his team built huge sets for the Ako courtyard, Dejima Island and the Tengu Forest. While at Shepperton, they constructed the Ako exterior and Kira’s fortress for the film’s grand finale.