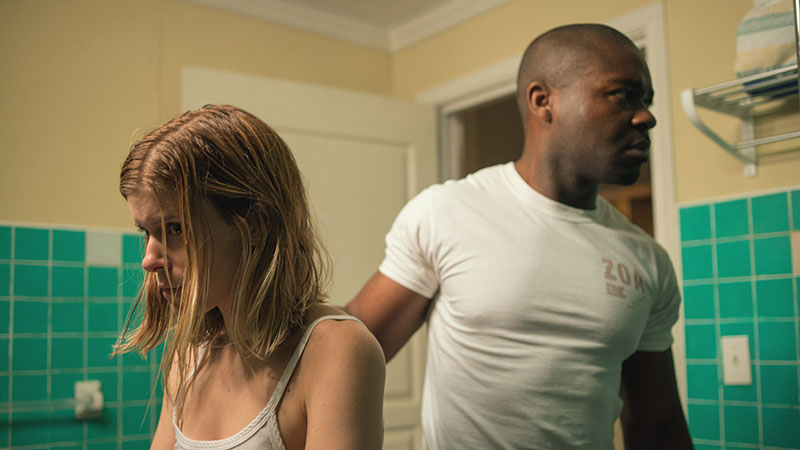 This miraculous true story comes to the screen as a thrilling drama about the spiritual collision of two broken lives. When Brian Nichols (David Oyelowo) – a man on the run from a city-wide manhunt and determined to make contact with his newborn son – takes recovering addict and single mom Ashley Smith (Kate Mara) hostage in her own apartment, they are both thrust into a tense and emotional fight to survive the night. 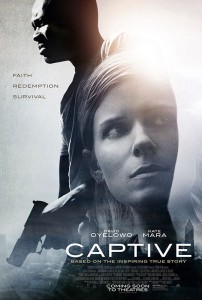 “The Purpose Driven Life” is one of the best selling non-fiction books of all time, the second best selling hard cover book of all time after the Bible. First published in 2002 by author Rick Warren, an influential American pastor, the book serves as a spiritual roadmap that set out to answer three questions that Warren had found nearly universal among people he encountered: Why am I alive? Does my life matter? And what on earth am I here for?

“Making a movie like this, one that is based on a recent true story, it was really important to all of us that it has complete integrity,” says producer Terry Botwick. The filmmakers conducted extensive research to insure accuracy in the story’s retelling. “The research was comprised of a number of things: reading Ashley’s book, spending time talking to Ashley about her experience and also really digesting ‘The Purpose Driven Life’ to understand how it had this incredible impact in a life-and-death situation,” recalls Botwick.

To play Brian Nichols the filmmakers determined they needed an actor willing to explore Nichols’ desperation and brutality while also humanizing elements of the character. Enter David Oyelowo. Botwick says that Oyelowo’s passion to take the role and get the movie made was an inspiration to all. Adds Jerry Jameson: “Because David is classically trained, he has infinite range. He’s a really terrific actor, and it was a real honor to work with him. He’s very collaborative.” Oyelowo was so moved by the story that he came aboard as a producer as well.  To better inhabit Nichols’ physicality, Oyelowo hit the gym intensively, but the real heavy lifting was internal. Talking to Ashley Smith and others directly involved in the story kept him intently focused as he probed Nichols’ path of destruction.

“Captive” appealed to director Jerry Jameson because of all that it wasn’t: it wasn’t another grim true-crime story; and it wasn’t a sentimental faith-based drama. It was the rare story that offered equal parts grit and grace, crime and redemption. The cast involved also appealed to Jameson. “The chance to work with actors like David Oyelowo and Kate Mara is just a major gift for any director, no question about it,” he says.

A key component to bringing “Captive” to life rested on finding an actress who could capture Ashley’s despair and resiliency. Filmmakers found all that in Kate Mara. It was Oyelowo who first mentioned Mara as a possibility, having directed her several years ago in a short film. “You need quite a high degree of trust in order to go to these places – and Kate, to me, is both one of the most talented actresses I know and one of the loveliest people I know. So I fought very hard early on for her to play Ashley, and thankfully she wanted to. ” Oyelowo comments.

Mara dove into the preparations, immediately forging a personal connection with Smith. “Luckily, I had the opportunity to spend a lot of time with Ashley and her family – and she was really, really open to my questions,” Mara explains. “I was constantly texting her, even asking her minor questions like did she have her ears pierced and what kind of music was she listening to at that time. When you’re creating a character this real, it’s nice to have even the tiniest tidbits to build on.”

Director Jerry Jameson worked to develop a relentless intensity in the film was led by director of photography Luis Sansans. Also working closely with Sansans was production designer Sandra Cabriada, who created a full-scale replica of Ashley’s small, Duluth apartment which allowed the director to continually ratchet up the tension within.

Says Jameson: “The apartment set allowed us to shoot the film with a sense of continuous motion. So when Brian pulls Ashley into the apartment and throws her down on the couch and then drags her into the back bedroom, we were able to shoot that all in one piece. That really adds to the realism.”