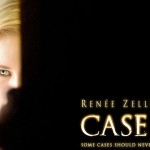 The film opened at a small-wide release in Australia, being shown on 85 screens. The film ranked #12 in its opening weekend with a screen average of $2,077 for a gross of $176,526. Extremely negative local reviews and a poor opening were followed by a 70% second weekend decrease. The film grossed a total of $AUD332,956.

The film has received mostly negative reviews and currently holds an 22% ‘Rotten’ rating on Rotten Tomatoes based on 27 reviews, with critics describing the film as “universally terrible”, “dumb” and “not scary”. Gareth Jones of Dread Central gave the film 2 out of 5 knives, saying, “I’m sure it will do decent business among the undemanding weekend-horror crowd and Zellweger fans when it eventually sees the light of day. Nobody else need apply.”

Margaret Pomeranz of the Australian version of At the Movies gave the film one out of 5 stars, calling it “one of the least scary, dumbest movies I’ve seen in a long time.” Co-host David Stratton gave it 1½ out of 5, commenting that “once it sort of kicks into the plot – once it really gets down to the nitty gritty, like so many horror films it just becomes really ridiculous and silly.”