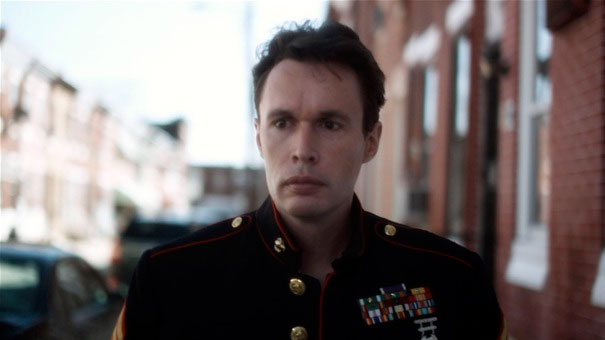 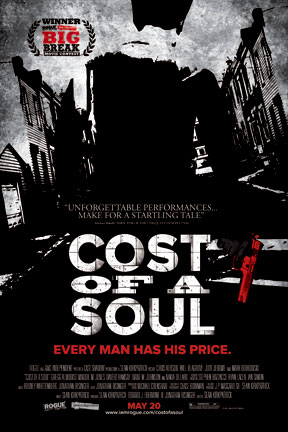 Four actual murders were committed at four of production locations within several days of filming there.

The film tells the story  of , Tommy Donahue and DD Davis return home from Iraq to the slum neighborhood they grew up in. Tommy returns to his wife, Faith, whom he abandoned while she was pregnant to escape a life of crime. Tommy meets his disabled six year-old daughter, Hope, for the first time, and she begins to melt his frozen heart.

Cost of a Soul was shot in the spirit of the 1940’s film noir, but set in the modern context of a Philadelphia slum neighborhood. The film was conceived by outrage to the violence and tribulation occurring in a beautiful city with one of the highest murder rates in The United States. North Philadelphia, with its beauty and anxiety, acts as both a setting and character in the film. It is the crossroads of many cultures integrated by struggle and divided by hate and racism.

Going into production, the goal was to embrace the reality of the situation, we felt a responsibility to the people whose struggle we portrayed. We decided to shoot on location in some of the most violent neighborhoods in America. Instead of relying on a squad of police and security to protect the cast, crew and hear, we took a more unusual approach. We built community relations with the citizens living in these violence-plagued neighborhoods. We informed and involved the locals, and they looked out for us. They embraced us. Almost daily someone from the local community would learn about the film and say, “That’s the reality, that’s really going on down here.”

They saw truth and integrity in our production, and they were grateful to have someone telling their story. We knew we had a duty to people living in these neighborhoods; we had a duty to portray the harsh reality of their situation. We came dangerously close to this harsh reality, and we were reminded daily of its severe consequences. Frequently, police chases, arrests, and the crackle of gunshots would interrupt our sets. Four drug-related homicides occurred at four of our production locations. This sent an eerie reminder down the spines of our cast and crew. Although the story was fictional, we were portraying real-life struggles. We had an obligation to tell the story as truthfully as possible.

Cost of a Soul embraces the people, cultures, and problems existing within these neighborhoods. The film breaks down stereotypes. It exposes the racial boundaries and mentalities that only result in halting collective growth and increasing the incarcerating “ghetto-mentality.”