Based upon Marvel Comics’ most unconventional anti-hero, DEADPOOL tells the origin story of former Special Forces operative turned mercenary Wade Wilson, who after being subjected to a rogue experiment that leaves him with accelerated healing powers adopts the alter ego Deadpool. Armed with his new abilities and a dark, twisted sense of humor, Deadpool hunts down the man who nearly destroyed his life. 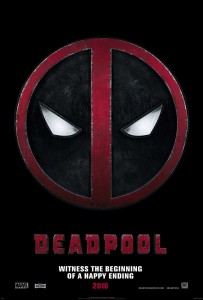 A key mutante a mutante fight sees Colossus squaring off against Angel Dust. It’s truly a clash of the titans, even if one of the combatants was largely created months later, as a CG figure.

Deadpool star and producer Ryan Reynolds has no bigger fan than Marvel Comics legend Stan Lee, who has a fun cameo in the film and also serves as an executive producer. “There’s never been a character like Deadpool, and Ryan Reynolds plays him as though he was born to play the role,” says Lee.

Reynolds had long championed a film version of the iconic comics character. His deep involvement in the film’s development continued throughout production, in brainstorming sessions with director Tim Miller and screenwriters Rhett Reese and Paul Wernick.

Tim Miller, who makes his feature film directorial debut on DEADPOOL, notes,“I think Ryan’s personality and DNA are really infused in the character. It was a close match to begin with, which is why Ryan was so attracted to Deadpool in the first place.”

“Ryan has a tremendous sense of humor, is very quick, and the character has really seeped into him,” says Reese. “He became in a way our ‘Deadpool Police.’ Whenever we got off tone or were writing in a way that didn’t feel quite right, Ryan would say, ‘I don’t think that sounds like Deadpool.’ We knew he was the best arbiter, because Ryan knows and loves the comics and has assimilated Deadpool’s voice and sense of humor.”

Deadpool is a unique figure in the Marvel Universe. Fabian Nicieza and Rob Liefeld created Deadpool as possessing an often non-superheroic attitude. A sardonic foil to the holier-than-thou heroes and villains that populate Marvel’s other comics, Deadpool constantly cracks edgy jokes and breaks the fourth wall. Liefeld joins Stan Lee in his admiration of the filmmakers’ work in translating the character to the big screen.

Deadpool’s nemesis is Ajax, played by Ed Skrein (“The Transporter Refueled”).   Ajax is the architect of Deadpool’s transformation. “He runs the WeaponX workshop and is a sadistic bastard,” notes Miller. Ajax takes special pleasure in torturing Wade during the procedures that transform him into Deadpool (and his face into an amalgam of scar tissue).

Ajax’s henchwoman and “muscle” is Angel Dust, a statuesque beauty who possesses incredible physical prowess. She does the jobs that Ajax avoids – and loves every minute of it. “Angel Dust’s superpower is basically accessing her adrenaline to create super-strength,” notes Gina Carano, a former international mixed martial arts champion.

One of the all-time boxing greats inspired some of Deadpool’s approach to fighting.   Notes 2nd Unit Director/Supervising Stunt-Coordinator Rob Alonzo: “When we trained with Ryan, we incorporated some of Muhammed Ali’s boxing moves. Ali was known to constantly talk during a bout, and when we watched Ali’s early fights with Sonny Liston, Joe Frazier and George Foreman, we noted that Ali was both dangerous and carefree. The physicality that Ryan brings to Deadpool is playful and comedic, but at the same time I’ve held mitts for Ryan, and I’ll tell you, he can pack a wallop on a punch.”