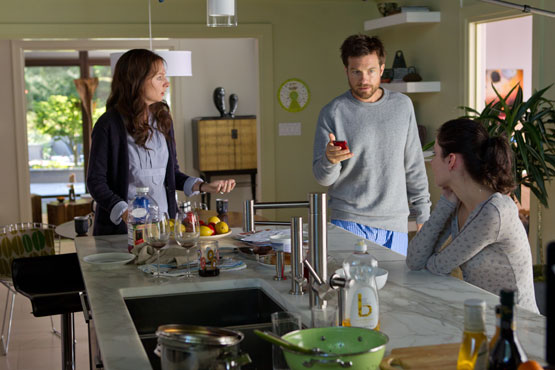 Disconnect explores the consequences of modern technology and how it affects and defines our daily relationships.  Shot with eavesdropped naturalism, it marks the first fiction feature from Henry-Alex Rubin. Disconnect is produced by Mickey Liddell and Jennifer Monroe of LD Entertainment and William Horberg of Wonderful Films from an original screenplay by Andrew Stern. 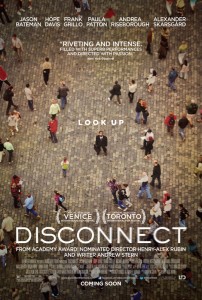 HEnry-Alex Rubin encouraged improvisation but with a documentarian’s ear for dialogue. While the improv technique is often played for comedy, Rubin used it for a more naturalistic effect.

Andrew Stern’s screenplay elicited immediate enthusiasm from the Disconnect producers. Much like the interwoven yet parallel lives of the characters in the movie, the script made its way to both producers Mickey Liddell and Jennifer Monroe of LD Entertainment as well as producer William Horberg of Wonderful Films.

Not only did the script present a collection of richly drawn characters in dramatic situations that were both riveting and relatable, there was something else about Stern’s story that touched the producers and stirred their imagination: its keen relevance to the times we live in. As it turns out, the movie sprang from Stern’s literal observation of the world around him.  The screenplay reflects how technology both unites and divides us.

“I wrote the screenplay when I noticed that at the dinner table people had their phones out and were emailing and texting – that people were present and strangely not present with one another,” Stern says.

Filming took place on location in and around New York City for six weeks: two weeks were devoted to each storyline. Shooting began in Oceanside, Long Island to film Derek and Cindy Hull’s house (Alexander Skarsgård and Paula Patton).

Production then moved to the modest, middle-class section of Yonkers, New York, where scenes of the Dixon (Frank Grillo and Colin Ford) household were staged. In addition, a real high school in Yonkers was used to shoot the scenes with the teenagers. The unit then moved to Harrison, an affluent town in Westchester County, for the scenes of the Boyd’s ultra-modern house (Jason Bateman and Hope Davis).