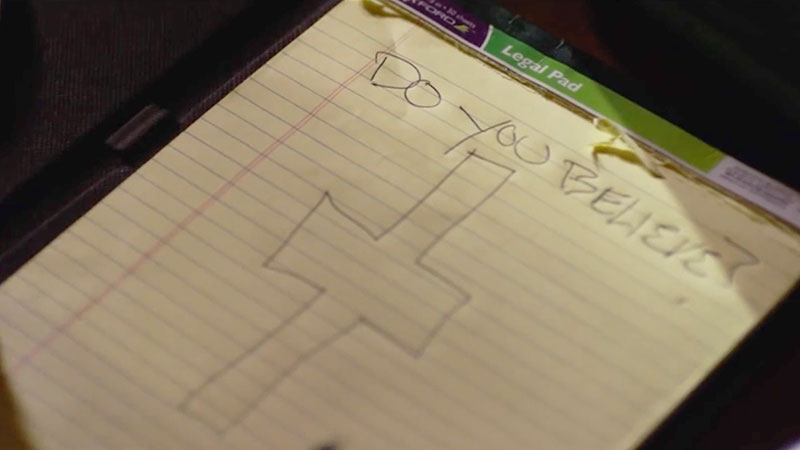 A dozen different souls—all moving in different directions, all longing for something more. As their lives unexpectedly intersect, they each are about to discover there is power in the Cross of Christ… even if they don’t yet believe it. When a local pastor is shaken to the core by the visible faith of an old street-corner preacher, he is reminded that true belief always requires action. 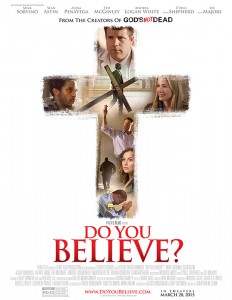 DO YOU BELIEVE? benefitted from working with a Michigan-based production company, 10West, whose connections allowed for an actual hospital and fire station to be used as sets for the film.

His response ignites a faith-fueled journey that powerfully impacts everyone it touches in ways that only God could orchestrate. This stirring new film from the creators of God’s Not Dead arrives in theaters Spring of 2015. More than a movie, it’s a question we all must answer in our lifetimes: DO YOU BELIEVE?

In the spring of 2014, a movie from Pure Flix took the heart of America by storm… and shocked the movers and shakers in Hollywood. With their ongoing commitment to Christ-centered movies that can change culture for Christ one heart at a time, the big question for Pure Flix since God’s Not Dead has been simply: what’s next?

DO YOU BELIEVE? is the newest production from Pure Flix Entertainment. Buoyed by the incredible success of God’s Not Dead, the team at Pure Flix was eager to tackle a new ambitious story with the same writing team.

Filmed in Michigan in the fall of 2014, DO YOU BELIEVE? opens in theaters in the spring of 2015. More than a movie, it’s a question we all must answer in our lifetimes: DO YOU BELIEVE?

“DO YOU BELIEVE? takes Christianity to another level… the Cross. The Cross is critical, relevant and often debated in today’s culture. It has always incited passion, conviction, and controversy, and most of all… it changes lives.”

With that in mind, the Pure Flix team turned to Chuck Konzelman and Cary Solomon, the writing team behind God’s Not Dead. The duo began this project the way they begin all of their screenplays: “We always pray, and the Lord comes in and lets us know what He wants,” Cary says.

“It’s a lot like the movie Crash in that there are multiple storylines,” says producer David A.R. White. “Every one of the characters is at different places in their lives but they all need that same thing. It’s about the power and the relevancy of the cross in today’s society. It’s a powerful movie.”

“Working with this cast was a dream,” says director Jonathan M. Gunn. “I’m very open to actors bringing their own take on their characters and when you work with a cast like the one we had—all very talented—it becomes a joy to direct.”

“This was an ambitious project,” Jonathan Gunn says. “This was a story I really related to. It’s a complex film about faith. True redemption comes from real darkness, and this film was not afraid to explore that. It explores faith in a complex way, and doesn’t shy away from the difficult questions.”

Nor did it shy away from creating memorable, action-packed scenes, including a spectacular multiple-car accident on a bridge. Filming on a drawbridge for seven nights in Manistee, Michigan, Unit Production Manager Jeremy Hill says, “The bridge scene was also shot nearly chronologically, since the pile-up of crashed cars was integral to the scene. And, after a full night of shooting, each morning the crew had to clear the bridge of all the production paraphernalia, since it was a working bridge.”

With an aggressive schedule of filming in the fall of 2014 and a theatrical release in the spring of 2015, the production included on on-site editing team that was at work during filming. Post-production continues with the announcement of a release date and distribution partner forthcoming.