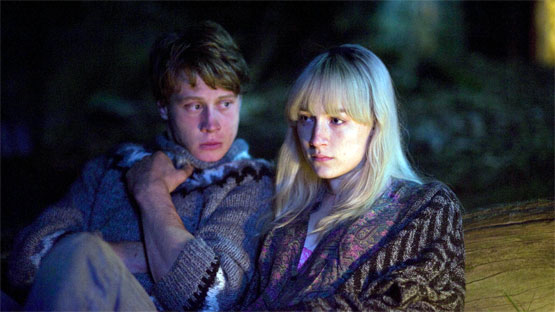 Set in the near-future UK, Saoirse Ronan plays Daisy, an American teenager sent to stay with relatives in the English countryside. Initially withdrawn and alienated, she begins to warm up to her charming surroundings, and strikes up a romance with the handsome Edmund (George MacKay). But on the fringes of their idyllic summer days are tense news reports of an escalating conflict in Europe. As the UK falls into a violent, chaotic military state, Daisy finds herself hiding and fighting to survive. 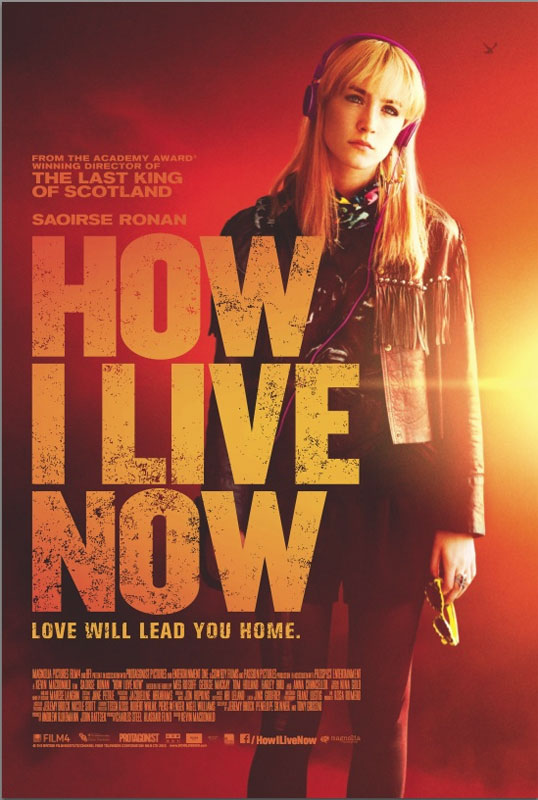 Director Kevin Macdonald wanted to steep the film in the English romantic tradition, which is why songs by melodic folk-rockers Fairport Convention and English singer-songwriter Nick Drake feature on the soundtrack.

It was the imaginative scope of Meg Rosoff’s story, set in a parallel or not-too-distant future, and the relatable poignancy of Daisy’s detached but sharply ironic observations about love, war, cousins and countryside that made the novel appeal to young and adult readers alike. Among its fans were Charles Steel and Alasdair Flind of Cowboy Films, who secured the option on Rosoff’s best-seller and put the adaptation into development at Film4.

Early on, they sent the book to Kevin Macdonald who Steel had worked with on The Last King Of Scotland. Macdonald was always drawn to the prospect of making a serious film about the teenage experience, as well as one that featured a female lead and a love story – both are firsts for the talented director. When the project came back around to him, he grabbed the opportunity with both hands.

Saoirse Ronan was an actress whose name came up early on in How I Live Now’s development. Although she would have been too young at the time, the Irish actress’ talent and charisma were obvious to all, and she has gone on to become the standout actress of her generation.  Finding a leading man to play Ronan’s on-screen soulmate generated an exhaustive search.

The casting net was flung far and wide, hundreds of schools were visited. But four young actors were eventually picked to read with Saoirse; and the director and producers went for George MacKay. “It was clear that Saoirse responded to him far more than the others,” says Macdonald. “I didn’t want a smooth-skinned Twilight pretty boy, I wanted somebody who felt like they were a country boy”

The eight-week shoot took place over summer 2012 in locations around southwest Wales, with a final week on the outskirts of London. The key to everything was finding the rambling country house that would become Brackendale, the heart of the story and a character in its own right. The production dressed every room in the residence to make it feel like a modest but extremely cozy and comfortable family home.

The story never specifies where in the UK the Brackendale farmstead is situated since it’s thematically a representation of Britain’s green and pleasant land before being ruined by invasion. The production removed signage, including the bilingual signage that’s part of the Welsh landscape, as would happen in any war to deprive the enemy of any advantage when trying to navigate unfamiliar landscapes.

Kevin Macdonald wanted to steep the film in the English romantic tradition, which is why songs by melodic folk-rockers Fairport Convention and English singer-songwriter Nick Drake feature on the soundtrack.