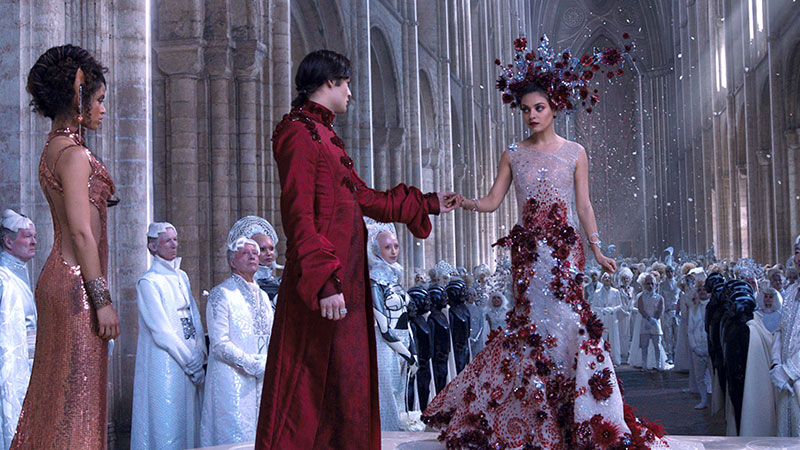 Jupiter (Mila Kunis) dreams of the stars but wakes up to the cold reality of a job cleaning other people’s houses and an endless run of bad breaks. Only when Caine (Channing Tatum),arrives on Earth to track her down does Jupiter begin to glimpse the fate that has been waiting for her all along—her genetic signature marks her as next in line for an extraordinary inheritance that could alter the balance of the cosmos. 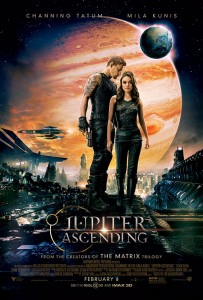 For Jupiter Ascending, written, directed and produced by the Wachowskis, Mila Kunis and Channing Tatum both trained with UK stunt and fight coordinator Ben Cooke for a number of confrontations.

Filmmakers Lana and Andy Wachowski once again invite audiences into uncharted territory and fantastic new worlds with “Jupiter Ascending.” Their first original science fiction action adventure since “The Matrix” Trilogy, “Jupiter Ascending” reveals a universe in which the Earth is just one small piece of the vast machinery of galactic commerce—a prize, about to be seized and stripped of its most precious resource: humanity.

“We were very lucky in our casting,” states producer Grant Hill. “Mila and Channing were our first choices for the roles of Jupiter and Caine and when they fell into place so quickly our momentum lifted and we were off. They’re both very strong characters and their on-screen chemistry is remarkably compelling.”

Says Lana, “When we first started talking about Jupiter, we thought a lot about Dorothy from Oz. I love that she had Toto as her protector. Jupiter needs a protector.”

“It’s so smart and amazing and so much fun,” says Mila Kunis, who stars as the title character, Jupiter Jones, the unwitting genetic heir to a family that, quite literally, rules the world. “There’s a lot of action, and a beautiful love story, and even though it takes places in the most fantastical settings, everything feels so tangible and real. Also, there’s a fair amount of sharp humor, which I love.”

“Lana and Andy Wachowski create from a molecular level to the expanse of the universe,” says Channing Tatum, starring opposite Kunis as Caine Wise.

Eddie Redmayne stars as the ruthless Balem, current head of Abrasax Industries, who has only just begun to savor the expansion of wealth and power that his mother’s passing provided when he gets the bitter news. Having the most to lose, his response is swift and absolute. He wants Jupiter dead. Contrary to Balem’s blatant display, Kalique (Tuppence Middleton,) prefers advising and befriending this newfound member of the family.

“The design of the film was an enormous undertaking, starting from the sketches and myriad reference materials lining the walls of the Wachowskis’ office,” recounts Grant Hill. Many scenes were captured in and around Chicago—most notably Jupiter’s family life, her thrilling escape from assassins high above the business district, and Stinger’s remote farmhouse in nearby Minooka. The directors then used the extensive stage and green-screen facilities of Warner Bros. Studios Leavesden in the UK.

“The finished sequence is a fairly complex mix of visual effects and live-action photography, including stunts with both the actors and stunt doubles on location in Chicago, and against green screens on stage,” cinematographer John Toll concludes. “The VFX elements of the aliens and spacecraft were computer generated and composited into the live-action plates.”

Lana Wachowski notes that the story begins and ends with a telescope, which serves as a metaphor for one’s perspective on life, because, when you can see the whole picture you see things more clearly and there is a whole universe of opportunities that your future can hold.