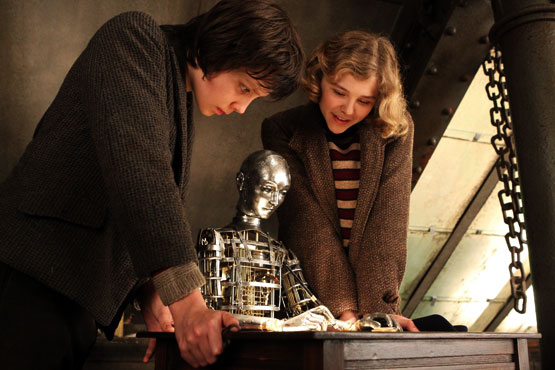 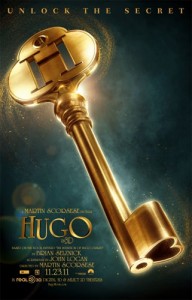 This is Scorsese’s first film shot in 3D and it is due to be released in the US on November 23, 2011, with distribution by Paramount Pictures. In Australia and New Zealand it will be released in IMAX 3D.

Hugo tells the story of an orphan boy living a secret life in the walls of a Paris train station. With the help of an eccentric girl, he searches for the answer to a mystery linking the father he recently lost, the ill-tempered toy shop owner living below him and a heart shaped lock, seemingly without a key.

The MPAA gave the film a PG rating for mild thematic material, some action/peril and smoking.

GK Films acquired the screen rights to The Invention of Hugo Cabret shortly after the book was published in 2007. Hugo was filmed at London’s Shepperton Studios as well as on locations in London, Paris and the Nene Valley Railway near Peterborough, who also loaned their original Compagnie Internationale des Wagons-Lits rolling stock to the studio.