Iron Man 2 is a 2010 American superhero film featuring the Marvel Comics character Iron Man, produced by Marvel Studios and distributed by Paramount Pictures. It is the sequel to 2008’s Iron Man, the second film in a planned trilogy and is a part of the Marvel Cinematic Universe. Directed by Jon Favreau, the film stars Robert Downey Jr., who reprises his role as Tony Stark and Scarlett Johansson. 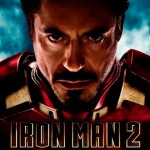 The Historic Grand Prix of Monaco action sequence in Iron Man 2 had to be shot in the parking lot of Downey Studios, after permission to film prior to the 2009 Monaco Grand Prix was initially awarded but later retracted by Bernie Ecclestone.

Stark has revealed his identity as Iron Man and is resisting calls by the United States government to hand over the technology. Ivan Vanko has duplicated the technology and built weapons of his own, creating new challenges for Stark.

Jon Favreau said it was originally his intent to create a film trilogy for Iron Man, with Obadiah Stane (Jeff Bridges) becoming Iron Monger during the sequels. After a meeting between Favreau and various comic book writers, including Mark Millar, Stane became the main villain in Iron Man. Millar argued the Mandarin, whom Favreau originally intended to be the main villain, was too fantastical.

Favreau concurred, deciding, “I look at Mandarin more like how in Star Wars you had the Emperor, but Darth Vader is the guy you want to see fight. Then you work your way to the time when lightning bolts are shooting out of the fingers and all that stuff could happen. But you can’t have what happened in Return of the Jedi happen in A New Hope. You just can’t do it.”

Favreau discussed in interviews how the films’ version of Iron Man’s comic book nemesis the Mandarin “allows us to incorporate the whole pantheon of villains”. He also mentioned that S.H.I.E.L.D. will continue to have a major role.

The Hobbit: An Unexpected Journey